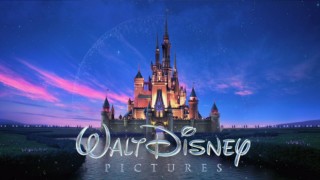 The Walt Disney Company has decided to invest in the creation of successful new cable channel called Viceland, which involve “fresh” audience and raise ratings.

A few weeks after the initial investment, Disney has doubled the amount of investment in a digital media company Vice Media; as a result of the total transaction amount is $ 400 million.

Cash infusion increased the share of Disney’s media companies to 10%. Such investment is aimed at creating a new cable channel Viceland, which should start in February 2016. New cable TV will be filled with entertainment programs.

Generous Disney’s investments  to the new project are driven by the company’s desire to attract a new audience and to provide the public an advanced modern television, which will be interesting for everyone.

The deal was initiated in November 2015. And then Vice Media representatives said that initially the new channel Viceland will be broadcast to about 70 million US homes.

Despite the opinion of skeptics who do not believe in the success of the planned new project, Disney argues that the developed concept will help them to succeed in this matter and to achieve high rankings. Also at Disney said that Viceland can be completely separated from its own brands.

Deputy Head of the Office of the President Yulia Svyridenko has joined the Supervisory Board of Naftogaz of Ukraine. This is stated in the Cabinet. She is elected to the council as a representative of the state for a term not exceeding one year. As reported, the Cabinet of Ministers of Ukraine by order №494-r […]

Big changes are planned in the US Gannett company which decided to coordinate the work of their local and national brands in a new group called USA TODAY NETWORK. On Thursday, December 3, 2015 American media company Gannett  announced the merger of its brands in the USA TODAY NETWORK group to improve the quality of […]

On Thursday, the British drugmaker AstraZeneca said it agreed to buy a controlling stake in the biotech company Acerta Pharma for $ 4 billion. Analysts point out that the operations that were carried out in the health sector helped to make 2015 a record year for mergers and acquisitions. In the legal field, the merger […]