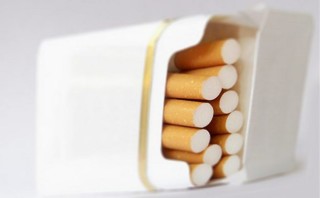 Four world’s biggest enterprises who  producing tobacco products – British American Tobacco, Imperial Tobacco, Philip Morris International and Japan Tobacco International appealed this week to the court against the government, where they are opposed to the introduction of a new law in Britain banning branded a pack of cigarettes.

According to the law, which will come into force in mid-2016, all cigarettes will be of the same single-color packs. Companies called such innovations as illegal, it violates their right to the use of its brands without restrictions.

If the law comes into force, the Great Britain will be the third country where cigarettes are sold in the “faceless packs” (relevant legislation already adopted in Australia and Ireland). Cigarettes will be sold in a unified single-color packaging, where the standard font will be written the name of the brand and type of tobacco.

Initially, the tobacco companies went to court with individual lawsuits, but their cases have decided to consider   a single case. Proponents of the new law assert that it can be used to reduce the interest in smoking, especially among the youth. Tobacco companies reply that the adoption of a similar law in Australia did not help to reduce the level of smoking.

The hearing of the case started on Tuesday and will last about six days. The verdict in the case will be announced in January 2016. The tobacco companies argued that if they lose an action, they will turn to the court again to ask the government  to compensate them billions of dollars for loss of profits in connection with the new law.

The American company Pfizer and the German BioNTech announced that their vaccine against COVID-19 is 91.3% effective for at least six months after the second dose of the drug. “Pfizer and BioNTech today announced updated results of an analysis of 927 confirmed symptoms of COVID-19, which were monitored in a key third phase of the […]

The Primorsky District Court of Odessa arrested the property and the shares of the Odessa oil refinery of the prosecutor’s office suit and the application of the state enterprise Ukrtransnefteprodukt, which was all movable property of the refinery previously transferred to. This is stated in the judgments  from 19 January. The arrest imposed on the […]

The value of bitcoin reached $ 50,000 on August 23. The last time cryptocurrency was traded at this level was on May 15. According to Coinmarketcap, which compares the data of the largest exchanges, bitcoin exceeded 50.1 thousand, rising by 2.6 percent per day. Other cryptocurrencies are also growing: Ethereum, Binance Coin, XRP and others. […]

Amazon founder and CEO Jeff Bezos sold shares of the company worth about $ 6.7 billion for the period from 3 to 10 May. This was reported by Interfax on Wednesday, May 12, citing data from the Securities and Exchange Commission (SEC). In particular, from May 3 to 6, Bezos sold 1.48 million shares for […]

Microsoft topped the ranking of the most responsible employers

Created by Bill Gates, Microsoft third time topped the annual ranking of the 100 most responsible US corporations. This was announced by Forbes on Wednesday, October 14. Also in the top five of the updated list, in addition to Microsoft, included only technological giants – NVIDIA, Apple, Intel Alphabet. “Forbes compiled the rating together with […]

Hong Kong suspended the use of Pfizer vaccine

The Hong Kong administration “until further notice” canceled all orders for the purchase of coronavirus vaccine from Pfizer and BioNTech, and stopped using it for vaccination in all two dozen locations in the city, according to the South China Morning Post. This happened after the distributor of the drug in the region of Fosun Pharma […]

The ADM Company wants to invest in Illichivsk Commerce Seaport. It is reported by the press-service of the port. The ADM already has the working capacities in the port of Odessa, the company decided to take a part in the tender for the implementation of the  investment projects on the territory of the  Illichivsk Commerce […]