Female solicitors in Scotland earn 42% less than their male colleagues 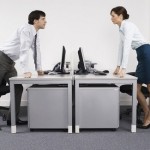 A recent study by the Law Society of Scotland has shown a 42% pay gap between female solicitors and their male counterparts, despite women representing half of the legal profession in Scotland.

The Law Society found that from the age of 36, women are paid a lower salary, on average £18,000 less, than men of the same age. Male solicitors find themselves comfortably surpassing a salary of £65,000, while female solicitors are more commonly earning around or below this level.

At the early stages of their careers there is little difference between male and female solicitor earnings, with the biggest pay gap appearing for those between 16 and 20 year experience. After 20 years the pay gap begins to narrow again.

Janet Hood, convener of the Law Society of Scotland’s equality and diversity committee said: “There are many – and nuanced – reasons as to why the gender pay gap exists. The findings suggest there is very little direct discrimination of women being paid less for directly equivalent roles and experience. There appears though to be an issue around assumptions made about women, with our research indicating that women earn less than their male counterparts whether or not they have children.

“The society’s equality standards, introduced earlier this year, focus on areas where we have seen little progress over the last decade. We would strongly encourage firms to implement these standards as early as possible – those who adopt early will be well prepared when these voluntary requirements become more formal. We would also encourage all in the sector to use our Equal Pay Audit Toolkit.”

EY Company provides an Accelerating Entrepreneurs Program, which helps to fast-growing startups to develop their business.Participants, who have passed the competition, will get the opportunity to take part in the complex program. It is included the personal consultations, networking and experience exchange.  The program also is annexed the access to the strongest and extensive entrepreneurial […]

The Supreme Court declared Astra Bank insolvent, the press service of the National Bank reports. By its decision, the Supreme Court overturned the decisions of the Kyiv District Administrative Court and the Sixth Administrative Court of Appeal, which found the central bank’s actions illegal. The NBU reminded that Astra Bank is the only bank that […]

On December 12, 2019, Kyiv City State Administration held an International Roundtable on Land Legal Relations organized by the Union of Real Estate Specialists of Ukraine SFNU and the Ukrainian Chapter of FIABCI International Real Estate Federation. Representatives of the Ukrainian real estate market and agrarian sector participated in the event. A teleconference was held […]

Lego plans to open 120 new stores in 2020, according to Retail Gazette. The company reported sales growth in the first half of the year. In quarantine kits were very popular, in particular, among adult consumers. “About 80 new outlets will be located in China. Now the company has 612 stores worldwide,” – said Lego […]