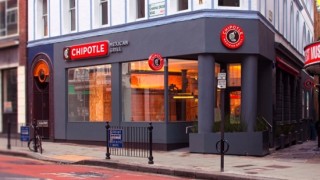 This week Chipotle (Chipotle Mexican Grill) closed another restaurant, this time in Boston, after a large number of students were poisoned by food. Questions of consumers about quality of products in Chipotle grow. Similar cases have been seen in other states, when people feel bad after a visit to Chipotle.

Food scandal confused the investors of Chipotle. In November the fast-food chain has closed its 43 points due to infection E. coli. After the scandal a large network that specializes in cooking burritos and tacos, appeared in “investment danger.” Chipotle shares fell $ 12.62, or 2.3% on Tuesday to $ 539.13.

The company has been hammered series of complaints, which related to the fact that the restaurant is accused of substandard products. Center for Disease Control and Prevention reported on the virus of E. coli infected the customers of Chipotle’s chain. After the scandal in Boston, the cause of poisoning is being investigated by the Department of Health in Massachusetts.

Analysts build forecasts about how the scandal with food will affect the financial health of the company. According to estimates, the financial profit of the restaurant chain  in the fourth quarter of 2016 fell 25%.

Restaurant chain has always been very attractive to investors; the company has opened about 1,900 restaurants and has become a worthy competitor of McDonald’s. The incident hit the reputation of Chipotle and now most investors are thinking about whether to invest money into the company in the future.

The  Agrofusion agribusiness holding intends to invest $ 50 million in building a plant for processing tomatoes in the Mykolaiv region. This is stated in a message on the site of the Mykolayiv Regional State Administration. “The Agrofusion Company begins construction of a new plant for processing tomatoes in Snigirevskyi district, which will be the largest […]

The state food and grain corporation of Ukraine (SFGCU) provided an active work on previous years receivables return. As Ukrsadprom association reported,229 million of UAH and the taken measures into accounts of the corporation were still returned. Andrew Kovalenko, deputy director of economic security department and financial risks of JSC SFGCU noted: “Practically all receivables […]