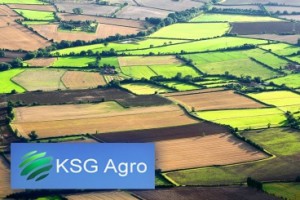 KSG Agro agroindustrial company (Dnipropetrovsk region) initiates the restructuring of debt in the amount of $ 20 million. The company offers compensation to creditors in the amount of 1% of each of the outstanding principal.

This was said in a statement of the company.

In particular, the Board of Directors announced that the company has written a preliminary letter to the international creditors, which refers to a debt restructuring in the amount of 20 million dollars.

One of the points in the letter is the transfer of the  compensation to creditors in the amount of 1% of each of the outstanding part of the principal balance of the debt.

In the near future the parties will begin to work with the document on the restructuring agreement.

As previously reported, in January-September 2015 the KSG Agro company has finished with a net profit of $ 2.943 million, while in the same period last year the company  received 26.489 million dollar loss.

The KSG Agro was founded in 2001, the companies that are included in the KSG Agro are located in Dnipropetrovsk and Kharkiv regions.

The company develops a pig-breeding area, involved in agriculture, processing, production of flour and biofuels.