“Oschadbank” wants to charge back $ 100 million to the concern “Stirol” 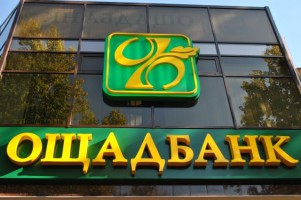 The state bank “Oschadbank” plans  to recover in court more than $ 100 million from the largest producer of mineral fertilizers in Ukraine – “Stirol” concern.

It is reported by UNIAN with reference to the Unified State Register of court decisions.

The question is about $ 100 million debt of the concern, that is the part of the Ostchem Group holding,  to the bank.

According to the document, in December 2015 the state bank appealed to the Commercial Court in Donetsk region with a claim to recover the debt from the concern  under the LOC agreement from 2011 in the total amount of about $ 7 million. In March, the state bank has provided the court with a statement about the increasing of the size of the stated claims to $ 103,879,000 ($ 95.8 million of which – arrears on the loan and $ 8.1 million – the interest for the loan), another 3 million UAH were charged to recover.

Having examined the materials of the case, the court appointed judicial economic expertise, because of the need of the special knowledges to verify the charges presented for the debt recovery.

The Ostchem Holding includes companies of the nitric chemistry of the Group DF owned by  Dmytro Firtash. Structures of Firtash control more than 70% of the Ukrainian regional gas companies, as well as more than half of domestic chemical enterprises.