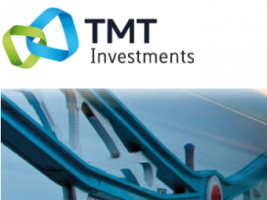 The TMT Investments Company has sold a 7.1% stake in the Depositphotos company to the private European investor, whose name was not disclosed. The deal amounted to $ 5.85 million. Thus, the overall assessment of the  Ukrainian company, according to the terms of this transaction, is approximately $ 82 million. TMT will use  the proceeds funds to implement its investment strategy.

The remaining share of the TMT Investments in Depositphotos is 16.7%. The Investment Company notes that according to the outcome of the transaction the value  of its remaining stake in the Depositphotos increased 5.5 times compared with 2011 and 2012 and amounts to approximately $ 2.55 million (18%) more than the last estimate of the proportion of the company on December 31, 2015. This is equivalent to 9 cents of additional net asset value per share.

The Depositphotos is not attracted cash, so buying the part from existing shareholders is  a unique opportunity for investors to get a stake in the company.

The last investment of the TMT in the company was held in December last year and amounted to $ 1 million. Commenting on the deal, Artem Inyutin from the TMT Investments said then that since the last investment company increased its capacities. “When we came to the company, its revenues amounted to tens of thousands dollars per year, and now it earns tens of millions” – he said.

The Depositphotos was founded in 2009, now there are more than 40 million images in the image bank.

It will be recalled, that at the end of the last year the EBRD through the Venture Capital Investment Programme invested $ 4 million in the Ukrainian company Depositphotos. Another $ 1 million allocated the TMT Investments company, which had previously supported the project in 2011, and now increased its share.

UkrAgroCom and Hermes-Trading dairy complex is recognized as breeding farms

“Petrikov milk” dairy complex got the status of a pedigree farm on breeding Holstein cattle in the area of ??dairy cattle breeding, said the press service of the UkrAgroCom and Hermes-Trading, which owns the complex. This status is assigned to the order of the Ministry of Agrarian Policy and Food of Ukraine on December 30, […]

The Japanese company Fujikura opened a plant in the Lviv region

The opening of the plant of the Fujikura company in Ukraine should be a strong signal to all investors willing to believe in our country. The President of Ukraine Petro Poroshenko wrote about this in his Twitter after the opening of the new plant of Fujikura  in village Pidryasne near Lviv. “You will not find […]

The European Union has launched an antitrust investigation against Google to determine whether the company has violated EU rules by giving priority to advertising its services to the detriment of competitors. The Financial Times reports. According to the European Commission, the investigation will find out whether Google undermines competition rules by restricting third party access […]