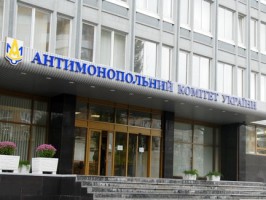 Recently, the Antimonopoly Committee of Ukraine allowed the company NAP II Holdings B.V. (Netherlands), controlled by  the NCH Capital (USA) to acquire more than 50% of the shares of two agricultural enterprises in the Khmelnitskyi region. This is stated on the AMCU  website.

The permission granted for the purchase of the  shares of the companies “Ukrzernoprom Derazhnya” and “Cygnet Podillya” in the Khmelnitskyi  region.

It is noted,  that “Ukrzernoprom- Derazhnya” specializes in the cultivation and sale of crops, mainly wheat, canola, barley, sunflower and maize; it is the part of the “Ukrzernoprom Agro” –  subsidiary of the holding company MCB Agricole Holding AG (Austria). The company is constantly expanding the area of ​​the leased land, which are immediately being entered into production. The productivity indicators consistently exceed the averages in Ukraine.

The “Cygnet” is  agricultural holding with foreign investments. The plant engaged in the cultivation of corn, soybeans, wheat and sugar beet. Other activities are dairy cattle breeding and production of sugar. The “Cygnet Holding” also owns a sugar factory.

The price of Brent oil may rise to $ 100 per barrel by 2022, according to a report of Bank of America. Analysts of the organization have found six reasons for this development. Three reasons are related to demand and three – to supply. The first point is the delayed demand for fuel after lockdowns, […]

The WHO has questioned the effectiveness of the vaccine COVID-19

Director of the Regional Office of the World Health Organization Hans Kluge expressed doubts about the effectiveness of vaccines COVID-19. He believes that it will not put the end to the pandemic coronavirus. This was reported by the Daily Star. I keep hearing, “The vaccine will end the pandemic.” No! We don’t even know if […]