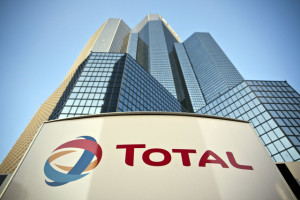 Commodity Futures Trading Commission USA announced the application of penalties in respect of the American division of the oil company Total. The company is accused of fraud in the gas market in the USA, in an attempt to carry out manipulations with the index monthly gas prices in Houston and other markets in the United States.

In addition to the company regulators suspect  traders carrying out their activity on the basis of the market of Houston. They were also suspected of the same offense.

USA regulators focused their attention on the fact that the actions of Total are illegal and unacceptable. According to USA laws, which regulate the activity on the stock exchanges, market manipulations are illegal regardless of whether they are carried out by enterprises, private or government officials. It is noteworthy that the United States is the first country which started to persecute the manipulation of the stock markets at the legislative level.

The supervisory authorities stressed that they will continue to keep a sharp lookout for  the major French oil company Total and other market participants, and anyone who would break the law, to try to carry out market manipulation, will be punished.

The investigation against Total and its activities in the market began in September 2015, reported by the Federal Energy Regulatory Commission of United States.

Over the past few years, regulatory authorities have been fined for such violations the following companies: JPMorgan Chase & Co (lost $ 285 million in fines in 2013), Barclays and BP (a fine of $ 28 million.). All of these companies do not agree with the charges and now are trying to challenge them.

Apart from the fact that Total was fined for $ 3.6 million  regulators also said that the trade restrictions were imposed on the activities of several Total agencies for two years.

Saturday morning in the company of LDaily and our traditional surveys of the most prominent, important and interesting events in the world of business in a week – is a great chance to start the day not only pleasantly , but also with the use. After all, the information is always an advantage, the quality […]