Главная › News › Ford will invest $ 4.5 billion in the creation of electric cars 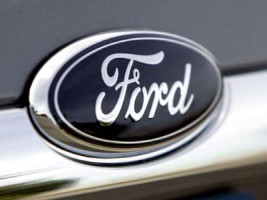 The car company plans to increase the production of electric and hybrid cars, and in the coming years will be actively engaged in developing new models.

Leaders of  Ford Motor Company announced that they plan to invest in the production of electric and hybrid vehicles $ 4.5 billion. The CEO of the company  Mark Fields informed that the production and release of all planned new cars will take about five years, and the first electric mobility model Ford Focus Electric will be introduced to the market next year.

Now Ford has about 13% of electric and hybrid vehicles. It is expected that up to 2020  their volumes will increase to 43%.

The management of the company set on stake  that such vehicles will be a great success because not only in the USA but around the world there is a growing number of environmentalists. And at the same time in America there are very strict legislation that regulates the amount of harmful emissions into the atmosphere. Ford suggests that the increase in production of electric cars will help to increase demand and profits for their products. According to the state law, emissions of nitrogen oxides should not exceed 31 milligrams per 1 km, such rules hit on the wallet American car manufacturers (while in the US the figure is 80 milligrams per 1 km).

Michelle Krebs who is the analyst   ofAutoTrader.com, commenting on the company’s investment program Ford, says that such a choice at the moment is very promising; it is likely that  many car companies want to invest in electric and hybrid cars in the future.

The European Bank for Reconstruction and Development (EBRD) intends to invest in a number of important projects in Ukraine, including the modernization of transport infrastructure and the energy sector. This was discussed during a meeting between Finance Minister Serhiy Marchenko and EBRD President Odile Reno-Basso, the press service of the Ministry of Finance reports. Odile […]

The tenth distillery was sold at auction in Ukraine

The vaccine, developed by biotechnology company Moderna, is effective in 94.5% of cases. This result was shown by the intermediate results of the third phase of clinical trials, the company said. On this news, Moderna shares went up. In the pre-market, the company’s quoting rose by more than 18%, rising above $ 105 per share. […]