Главная › News › Yahoo refused to realize its business for $ 30 billion 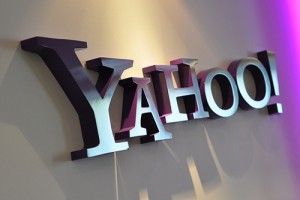 Leaders of Yahoo have told  that they refused from the realizing  of the business to China’s Alibaba in the amount  of $ 30 billion. The Company  also thinks what they have to do with the Japanese peace of the business, which is estimated at     $ 8.5 billion. (In the Japanese company they owns 35% of shares).

The delegates of the company told about their decision  to continue secure a customer   for its main Internet business (it consists  of  the mail service Yahoo Mail, Yahoo News, Yahoo search and other services, and 15% of the Chinese Alibaba, that  is estimated at $ 30 billion). At the moment they do not see for themselves acceptable option. Before selling their business, the company wants to finish its restructuring, which involves reducing the number of employees in the company and focusing on the sale of a part in Yahoo Japan.

The reason why the transaction at $ 30 billion did not take place is not announced by the company management. Edition USA TODAY reports that the company YAHOO wants to conduct a more detailed analysis of a potential buyer and to take a responsible approach to such a big deal. All it will take a lot of time,  engaging experts, competent legal assessment of the situation,  considering that the number of potential buyers  is not small.

Earlier there was the information  that the company YAHOO plans to hold a series of meetings devoted to the sale of its business that is gradually declining, while the number of its income is significantly reduced. Among those who also wanted to buy the business were a large Japanese company SoftBank Group and co-owner of one of the world’s largest media conglomerates News Corp. Rupert Murdoch.