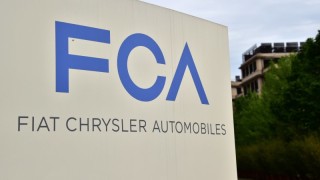 One of the most famous car companies will get a multi-million fine for concealment of information in the financial statements for regulators.

The supervisory authorities in the US announced that they intend to impose a fine on US-Italian concern Fiat Chrysler in the amount of $ 70 million for a significant underestimation of the number of deaths, injuries and claims related to the potential defects of their vehicles on a mandatory report.

This year is the second multi-million dollar fine company associated with security problems in the machines. Fiat Chrysler was fined in July for $ 105 million for violation of a revocable campaign about cars and poor-quality repairs.

Representatives of the automaker declined to comment on the situation. Regulators claim that mistakes in the statement were done specially, and they are connected with the fact that Fiat Chrysler has defective equipment. National Agency for the safe movement of the United States insists on payment of a fine to the end of 2015.

In September 2015, the company admitted that it did not disclose all the information that was contained in the report to regulators.

Last month, for the same reason of inaccurate information in the report, regulators fined the Japanese automotive Takata Corp. for $ 70 million.

In the states, all the major car companies are required to provide reports to regulatory authorities that are related to traffic situations, mortality and claims, as well as any other information that is connected with cars of this brand. Such a law was passed in 2000 after it received information that about 270 people died due to defects in the the Ford brand cars.

Microsoft may buy Nuance for $ 16 billion

Microsoft Corp. is in talks to buy Nuance Communications Inc., a developer of a speech and text recognition solution, for about $ 16 billion, several U.S. media outlets reported, citing informed sources. According to them, negotiations are at an advanced stage, and the announcement of the agreement may be made in the coming days. Microsoft […]

The GREENSTONE restructured obligations of the Creative

Samsung is going to buy Harman

The Samsung Group electronics declared a takeover of Harman International Industries Company. The price of one share of the American entity will cost shareholders of Samsung $112 that is 28% more than the start price of assets. Thus, the cost of the transaction reaches $8 billion. Harman International Industries is the American developer and the […]

Recently, the Antimonopoly Committee of Ukraine allowed the company NAP II Holdings B.V. (Netherlands), controlled by  the NCH Capital (USA) to acquire more than 50% of the shares of two agricultural enterprises in the Khmelnitskyi region. This is stated on the AMCU  website. The permission granted for the purchase of the  shares of the companies […]