Главная › News › The Cargill suspends the sale of seeds, fertilizers and chemicals in Ukraine 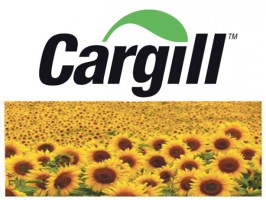 According to the information of the “Interfax-Ukraine”, after a comprehensive review of its grain and oilseed business in the Central and Eastern Europe, the Cargill decided to stop preparing materials and cultivations for farmers and completely withdraw from this business to the end of May 2016. This change will affect to the business of the Cargill in Hungary, Romania, Russia, Slovakia, Ukraine, Bulgaria and Poland.

Instead, the Cargill intends to focus on the development of trade in grains and oilseeds in these markets.

As noted in the company, the Black Sea region is one of the key areas of strategic growth, and the Cargill will continue to strengthen its investment, including in the network of port terminals and in the processing of oilseeds.

As previously reported, the Cargill, the Ukrainian Sea Ports Administration  and “MV Cargo”, LLC signed a tripartite memorandum about plans to realize  the investment project in the “Yuzhny” commercial sea port (Odessa region). The amount of the planned investment is about $ 130 million. During the year after signing the agreement, the parties will be able to start the project. Start-up of the terminal is tentatively scheduled for 2017.

Recently the Cargill expressed the interest in building a grain port terminal in the Black Sea, which would contribute to long-term strategy of development of grain and oilseed business in the Black Sea region.

The terminal  in “Yuzhny”  port will be another Cargill joint venture, along with the ports of Constantsa (Romania) and Novorossiysk (Russia).

“Svarog West Group” will direct $ 3.5 million for innovative projects in 2016. That was said by the chairman of the Corporation Andrey Gordiychuk in an interview to the AgroPolit.com. According to him, the investment “appetite” of the company significantly decreased in 2016. “But this does not apply to investments in research and development: ours are IT-solutions, […]

Net profit of the American company Intel, one of the world’s largest manufacturers of computer components, in the first nine months of 2020, which ended on September 26, rose from 6.3% to $ 15.042 billion, according to the company press release. Adjusted earnings per share for the reporting period were $ 3.52 against $ 3.14 […]