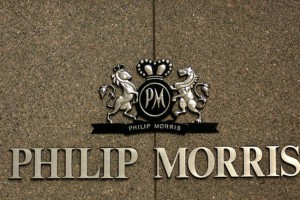 The State Fiscal Service of Ukraine imposed a fine on Philip Morris Ukraine. In turn, the tobacco company believes that the claims of the Department of tax and customs audit of the SFS for 4.1 billion. UAH are unfounded.

“Now the fine is not yet accrued officially. The verification was completed on May 10 and on May 24 has expired the final deadline for the registration of documents about its results.  For the day, the Philip Morris Ukraine company has not yet received any conclusions and messages”, – said the Director of corporate Communications of the company, Natalia Bondarenko to the “Interfax-Ukraine” agency.

According to her, in 2015-2016, the company imported raw materials in Ukraine, put them in the inward processing regime (with conditional full exemption from the  taxation) and exported finished products from Ukraine on the basis of the sale and purchase agreements.

The total cost of the finished product, that was produced and exported by the regime of processing in the customs territory of Ukraine, is $ 97 million.

“The Customs Code allows to be placed on the customs regime of goods’ processing on the basis of the sale and purchase agreements.  This position is officially expressed by the Ministry of Finance, supported by the relevant departments of the customs control of SFS”, – said the representative of the company.

The Philip Morris International is one of the world’s largest manufacturers of tobacco products. It produces cigarettes for more than 50 factories and sells them in 160 countries.

In Ukraine, the company operates more than 15 years. It manufactures products at the factory in Kharkiv region.

Philip Morris Ukraine sells in the Ukrainian market in particular brands of cigarettes such as Chesterfield, Bond Street, Marlboro, L&M and Parliament.

“Metinvest Holding” LLC, the management company of the largest Ukrainian mining and steel group “Metinvest”, filed a lawsuit to the Alchevsk Metallurgical Plant (ALMK, registered in Severodonetsk, Luhansk region), included in the corporation “ISD” and “Metinvest-SMC” LLC  on totaling more than 5.8 billion UAH. The Commercial Court of Kiev began the production and adopted a […]