Re-arrest of Gulliver, the appointment to the post of Privatbank a foreign financier and the return of the tax police: events that you need to know. LDaily: only what is really worth your attention. 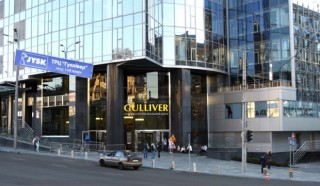 Ukrainian media notified again about the arrest of accounts of the shopping center Gulliver. The repeat arrest . It was publicized en masse, invoking the statement by the press service of the prosecutor’s office of Kyiv.

According to the media, in a statement of the Metropolitan Prosecutor’s it is talking about the fact that “in the framework upon production of embezzling funds JSC “Bank Mykhailivskyi”and bringing it to the insolvency, it is put a lien by the court on the trade-office complex, situated at the Sportyvna Ploshcha in Kyiv”.

In all of this, as it often happens,not many people refer to the primary source . LDaily, as it has been repeatedly, is in the forefront. We have received an official statement from the press service of IFC Gulliver and we can say that any adequate proof was not granted in Holosiivskyi Court therefore, as before, there are no grounds for a court decision on seizure of the property.

2. In the Hazprom shade: whom does a Russian oil trader hide?

In Russia it came into sight one more oil company – 1oyl management. Despite the fact that the company has been existed about 4 years, she has already managed to acquire oil producing impressive capital and achieve high profits.

Thus, starting from 2013, the year, the Corporation became the owner of such assets as Pechoranaftohaz and Kosyuneft, and together with them oil deposits Sotchemyu and Vostochno -Turyshevskoe previously owned by the Cyprus offshore Vitol.

It is interesting that the newly created company is associated with the top management of Hazprom Russian oil holding. According to information obtained by journalists Forbes business publications in the course of its own investigation, financial transactions of 1oyl management are closely linked with the Hazprom structural units. 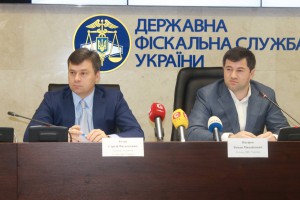 Tax Police will continue to operate in the same manner. This was reported by the first deputy head of Ukrainian fiscal service Serhii Bilan, referring to the official explanation, obtained from the head of the Verkhovna Rada Committee on Taxation and Customs Policy on January 12, this year.

Despite the fact that innovations of the Tax Code have taken effect from January 1st 2017, the tax police will not be eliminated as long as the relevant law on the formation of the Financial Police will not enter into force.

4. The Head of Privatbank was appointed a Turkish banker 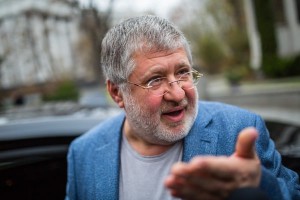 On January 17 it was a meeting of Privatbank members of the Supervisory Board. On the agenda is the election of the new head of the nationalized financial institution. It became the financier and eks head of Turkish Agency for Banking Regulation and Supervision of Turkey – Engin Akchakocha.

Minister of Finance of Ukraine Oleksandr Danyliuk has already commented on the above appointment on his personal page on the social networking site Facebook. According to him, Engin is a successful banker and financial expert in the past, who also took part in the solution of economic problems in Turkey during the crisis in early 2000.

5. In Ukraine, will deal with patent manipulations 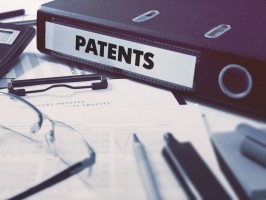 Cabinet of Ministers supported the initiative of the Ministry of Economic Development and Trade, related to the improvement of national legislation in the sector and protection of intellectual property regulation.

According to information dated on January 18th of this year, published in the online resource Government Portal, the need to change certain articles of the law is caused by the massive abuses by business entities gaps in state regulation of the procedure of registration of industrial designs in the form of common products.

It is talking about the phenomenon of “patent trolling”, the essence of which is uncomplicated scheme. First step: registration of the industrial design on known types of goods. Second, the presentation of the company-owner of the patent claims for the payment of royalties for the use of such objects in the business.

According to Mykhailo Tytarchuk – Deputy Minister of Economic Development and Trade of Ukraine, improvement of the existing legislation is a step, necessary to attract foreign investors and importers of products.

Significant strengthening of the hryvnia against the dollar is due to four main factors. Vasyl Furman, Deputy Chairman of the Council of the National Bank of Ukraine, said this on the air of Ukraine 24 TV channel. “This is primarily an increase in prices in commodity markets, on the one hand, although, on the other […]

Tesla has suspended the sale of cars for Bitcoin

Tesla will suspend the sale of electric vehicles for Bitcoin due to environmental damage from mining and cryptocurrency transactions. This was stated by the head of the company Elon Musk on Twitter. “Tesla has suspended the purchase of cars using bitcoins. We are concerned about the growing use of fossil fuels, especially coal, which causes […]

The Hon Hai Precision Industry Co is the largest developer and supplier of electronics in Asia and is going to buy Japanese rival Sharp for $ 2.5 billion. This proposal is very beneficial for Sharp, because the amount that the Taiwanese firm offered  for the transaction twice exceeds the market value of the company. At […]