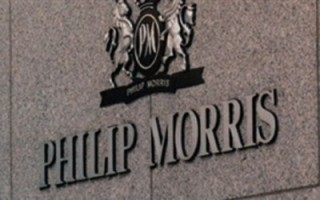 Large  tobacco company  Philip Morris couldn’t prove that the new Australian legislation, which involves standardized packs for all manufacturers of cigarettes, violates the intellectual property rights of the brand.

The company  filed a lawsuit against the Government of Australia to the arbitration court in Singapore, that refused to consider the case on the grounds that it is not in its jurisdiction. So the Australian law remains in effect.

The company sued the Australian government for the first time in 2011, on the ground that the intellectual property law was violated. The case was dismissed, and the verdict  has not been published on the website of the court.

The company reported that they are disappointed with the outcome of events and added that they are upset by the decision of the arbitration court, which refused to hear the case on the merits, found fault in the procedure and the form of the claim.

The representatives of the Ministry of Health in Australia claim that the measures taken by the Government are legitimate and do not contradict international legal norms.

Australia is the first country, which adopted a law requiring tobacco products to sell in the same packs in 2011. The purpose of the adoption of the law to lower interest in cigarettes and thus reduce the number of smokers.

This year Great Britain and Ireland decided to follow Australia, they have adopted similar legislation in March 2015. Then, in December 2015 just four major tobacco companies, among them Philip Morris was, filed a lawsuit against the British government in the Supreme Court in London.

Now the decision that is taken against Philip Morris and the Australian Government may become a precedent for similar cases in the UK.

Due to the elimination of corruption patterns in the energy sector, the State Treasury has saved 140 billion UAH. On this figure notified the head of the government of Ukraine Volodymyr Hroisman in an interview to the national news agency Ukrinform. According to the Prime Minister the compensations for Naftohaz and LMKP Teplokommunenergo were hundreds […]

Apple Smart Glasses May Appear in the Next 3 Years

Back in 2016, Apple CEO Tim Cook called augmented reality (AR) a “new big market” comparing its size to the smartphone market. According to most analysts, Apple smart glasses will be a new wearable device sold as an additional gadget to the iPhone. Apple itself does not give any details or disclose plans about its […]