Saudi Arabia will invest $ 10.5 billion in the Ukrainian agricultural sector 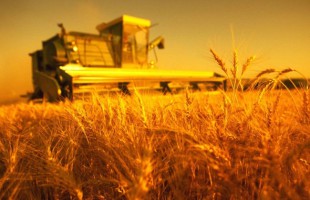 Businessmen from Saudi Arabia are planning to invest $ 10.5 billion in the agricultural sector of Ukraine.

This writes the “Novoe Vremya”, with reference to the Saudi newspaper Al-Watan.

According to the report, a statement was made after the talks of the Ukrainian Ambassador in Saudi Arabia Vadim Vakhrushev with 25 Saudi businessmen.

The meeting focused on increasing investments between the two countries in agriculture, industry, property and tourism.

This decision is connected with the stop growing of wheat in Arabia, as well as the reorientation of investment in agriculture overseas. The decision will come into force in three years.

According to negotiators, the meeting will help to build confidence between the two countries and open up opportunities for closer cooperation.

In the near future Saudi businessmen plan to visit Ukraine to assess the investment opportunities. Also expected return visits of Ukrainian businessmen to Riyadh.

As it is known, the Ministry of Economic Development and Trade plans to attract 5 billion dollars of foreign direct investments in 2016.

Part of the investment will go to the modernization of irrigation systems, – reported the Minister of Agrarian Policy and Food of Ukraine Oleksiy Pavlenko: “We have been talking with several companies, for example, with companies from Saudi Arabia, who are also ready to invest in irrigation up to one billion dollars”, – Pavlenko said. According to him, the World Bank is also considering the possibility of financing the project.

The Hungarian-Polish low-cost airline has decided to return to the Ukrainian market. The Loukost Wizz Air is seriously considering the possibility of expanding its presence in the Ukrainian market. This was told by the CEO of the airline Jozsef Varadi in an interview to the  Polish portal fly4free.pl. “We see that the situation in Ukraine […]

The state food and grain corporation of Ukraine (SFGCU) provided an active work on previous years receivables return. As Ukrsadprom association reported,229 million of UAH and the taken measures into accounts of the corporation were still returned. Andrew Kovalenko, deputy director of economic security department and financial risks of JSC SFGCU noted: “Practically all receivables […]