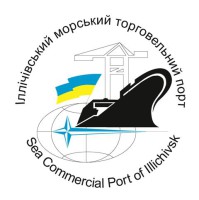 The stevedoring company “Brooklyn-Kiev” is going to invest $ 200 million in the construction of a grain terminal in the port of Ilyichivsk. This is stated in the message of the seaport.

“Brooklyn-Kyiv” emphasizes that the company comes into the port of Illichivsk not only with the  investments, but also with its know-how in the processing of goods, which allows to transfer with the intensity of 24 thousand tons per day. We have licenses  on this. The technology that we are using now is  the only one in the world.  The foreign companies have already applied to us, because this method gives an opportunity to universalize grain terminals. This method makes possible handling containers, metal and grain”, – said Yuri Gubankov,  the director of the stevedoring company “Brooklyn-Kyiv”.

The investment project will be implemented in the berths  No 7, 8 and 9, as well as it is planned to carry out their reconstruction.

The total amount of planned investments is  $ 200 million.

Sergei Kryzhanovskyi, the  Director of the port and Gennadiy Skvortsov,  the Head of the Illichivsk branch of the State Enterprise «Ukrainian Sea Ports Authority» believe in  the high-potential  of the project, noting, that it would solve a number of tasks, which involves public-private partnership format.

As previously reported, the stevedoring company “Brooklyn-Kyiv” plans to complete construction of a grain terminal in the Odessa sea trading port in 2016.

In 2014, the European Bank for Reconstruction and Development has allocated the loan to the stevedoring company “Brooklyn-Kyiv”  in the amount of $ 60 million.

The price of shares of Coca-Cola today is 13.6% lower than at the beginning of 2020, and the profit with revenues of the second quarter fell by a third due to lower sales in restaurants and entertainments in the conditions of a pandemic. At the same time, shares of Coca-Cola are considered to be a […]

Parliament of Ukraine abolished the mandatory registration of foreign investments

The deputies of the Verkhovna Rada of Ukraine (VRU) supported in the second reading a bill amending the law on the abolition of mandatory state registration of foreign investments. For document №2763 on Tuesday, May 31 voted 259 MPs with the required minimum of 226 votes. This bill will help to create the conditions to […]