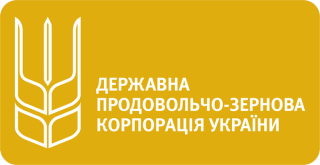 The court ordered the Sonders Trading K / S Co., Limited, Hong Kong company $ 6,92 million in favor of “State Food and Grain Corporation of Ukraine” (SFGCU), JSC. This is stated in the decision of the Commercial Court of Kyiv on January, 18.

On November  1, 2013 SFGCU signed an agreement with the Neslot Limited about the sale of dredge corn. In January 2014 the company supplied Neslot Limited with corn for $ 5.30 million.  On March 7, 2014 SFGCU, Neslot Limited and Sonders Trading K / S Co., Limited  signed an agreement, according to which the Sonders Trading K / S Co., Limited was specified as a payer for the goods. However, since that time the payment was not received and SFGCU filed a lawsuit. State Corporation also requires recovery of 1.62 million losses.

According to the recent data from the register of companies, Neslot Limited, which received seed, is registered in offshore with the Seychelles Intercon Limited.  Cypriot director is Neil Stylyanov. In Hong Kong Companies Registry the last annual report of Sonders Trading, from which money is charged, was published in 2013. It stated that the owner is an Alpha capital management Ltd – British offshore island nation of Anguilla. Director until April 2014 was Jennifer Renee Catherine, known as the director of another 87 companies. Information on the new head in the registry is missing.

In 2012 in Ukraine Alpha capital management Ltd  was known in connection with the procurement of the Ministry of Emergency Humanitarian Affairs fertilizers to Cuba. The winner of the tender was the London company RBS (Europe) Ltd.  issued this British offshore.

“Sonders Trading” actively cooperated with SFGCU  who had bought “exclusive right to conclude the contract transshipment of grain” for $ 41.4 million. Now this Hong Kong company is the largest debtor state corporation, it must pay about  1.22 billion USD.

Ukraine has repaid a $ 350 million loan to Deutsche Bank AG London ahead of schedule this week, Interfax-Ukraine reports citing a source. Including interest, the payment was about $ 354 million. Ukraine took this loan in December last year for up to six months at a rate of up to three-month LIBOR + 5.75%, […]

Insurance Group TAS, which was owned Tihipko sold to a Cyprus company

If you believe in yourself, work and learn all the time – success in business is inevitable

Personal position, incredible belief in yourself and in what you do, the constant acquisition of new skills and flexibility, having learned which, in the future you will be able to beat usefully any idea. These are the most important principles by which develops business, said business manager Yuliia Zoteeva. During her training Yuliia substantiate her […]

The value of the most popular cryptocurrency bitcoin continues to grow. On the morning of Thursday, February 18, the price exceeded 52 thousand dollars for the first time. CoinDesk data show this. Thus, at 10 o’clock Kiev time, the cryptocurrency at the peak rose by another 1.28% and reached a price of $ 52,100. Currently, […]

The World Health Organization expects that by the spring of 2021, the situation in the fight against the coronavirus pandemic could change significantly. The main hope is the invention of vaccine against the disease. This was stated by Adviser to the Director-General of the WHO Bruce Aylward. He noted that by March the situation could […]