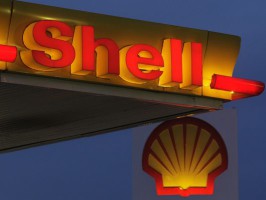 The company will sell its networks in Central and Eastern Europe, which are not profitable, this opinion is shared by the experts on the energy market.

The UK-Dutch oil and gas company Royal Dutch Shell, which profit fell 8 times due to the collapse in oil prices may abandon non-core assets and expose their networks to sell. This opinion is shared by the experts on the energy market.

“Now, because of the crisis in the oil market, companies are getting rid of their non-core assets and Shell is not an exception. Most likely the company will also sell those networks in Central and Eastern Europe that  do not bring a profit”, – said Alexander Sirenko, analyst Upeco.

“I do not exclude that Shell will sell their assets, as this company is just famous for fast decisions on the sale of their property. So if the network will be unprofitable, I think they give up pretty quickly  unprofitable assets.”, – he said.

According to experts, such brands as Ukrainian OKKO or Austrian AMIC may become potential buyers of networks.

As reported, Shell brand issued a statement on the reduction of the company’s profit for 2015 by 7.6 times compared to 2014 year, which amounted to 1.94 billion dollars. The deterioration of the index of the company also explains the sale of certain assets, the security problems in Nigeria, as well as the expiry of the validity of licenses in Abu Dhabi and Malaysia.

The land market has started working in Ukraine

In Ukraine, the market for the sale of agricultural land started operating on July 1. From that day on, the moratorium, which has been in force since the country’s independence, has expired. Until January 1, 2024, the right to sell and buy land will be only for individuals (citizens of Ukraine). “Until January 1, 2024, […]