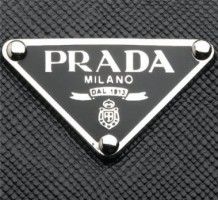 The famous Italian fashion house Prada has decided to make adjustments  of the management of its business  because of the fact that the company’s sales began to fall. General Director of Prada Patrizio Bertelli  is going to re-equip production and hold a business restructuring.

At the end of 2013 the company’s revenues declined, while management took the decision to open new plants and to hire 400 new employees. It would help the company not only to rise, but also to expand the business. This idea had opponents, critics have argued that the decision is wrong, and such expenses are not justified, on that Patrizio Bertelli said, “You simply do not understand, I’m sure that this decision is very important to the company.”

At the conference on Tuesday, Prada CFO – Donatello Galli said that  there will be a cost control at all levels within the restructuring of the company. Experts point out that this decision was made in order not to repeat previous mistakes.

Bernstein analyst Mario Ortelius notes that Prada made many unreasonable costs in recent years. Such a large number of new stores that have been open for a short period, could not immediately give a profit, because they need a time for this. And as a result, the company’s expenses exceed the revenues by almost half.

In addition, eyewitnesses claim that the fashion house Prada is  wasted considerably even for new store layouts, to understand what interior fit better, the cost of such a layout is almost equivalent to the cost of the store.

In an interview Bertelli said that actually cost models for the stores were not as excessive as critics say, but he recognized the need to reduce costs.

In recent years, big brands such as Gucci and Louis Vuitton, Prada are on a “burning platform” , consumers increasingly shun big brands and prefer something a little more exclusive.

Bertelli said that at the moment he is working to improve the structure of the company. Now restructuring aims to optimize production and add more quality products in the retail network.

On April, 16-18 in Kyiv will be held the main business event of region in solar energy field devoted to latest technology, trends and investments opportunities – CISOLAR 2019, 8th International Solar Energy Conference and Trade Show of Central and Eastern Europe. Today solar energy development is one of priority areas for investors in the […]

The head of Fiat Chrysler officially announced  about the separation of Ferrari  on January, 4, 2016, during the  entering the Milan stock exchange. For the first time in 47 years Ferrari gained its independence,  showing up as a separate from the Fiat Chrysler company. Head of Fiat Chrysler said in an interview that Ferrari had […]

“Vinnitsa agro-industrial group” plans to attract financing in the amount of $ 20 million. This was said by the general director of the group, Vladimir Bartz. “We hope to raise $ 20 million. We need them to increase the land bank, to attract more equipment as well as construction of oil extraction plant at the […]