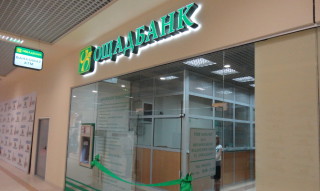 The state financial institution Oschadbank won the Court in the Individuals Deposit Guarantee Fund (IDGF), and obtained the right not to return 2 billion UAH, that was  received from the Delta Bank. This was stated by FinClub.

“The essence of the conflict is to try to return to the Delta assets that Oschadbank received from Delta Bank before his bankruptcy”, – says the publication.

On December 15, 2010 Oschadbank and Delta Bank signed an agreement about opening a multi-currency correspondent accounts in national currency. The amounts were not disclosed, but earlier Oschadbank spoke about the loss of more than 3 billion UAH in the Delta.

In 2014, there was a need to ensure these contracts. As a result, on December 29, 2014, the banks entered a mortgage agreement for  11 land plots in Kyiv and Volyn regions. The price of this property was estimated at 117 million UAH.  February 25, 2015 were signed the pledge agreements,  rights of claim for loans by 1.298 billion UAH and 459 million UAH.

This portfolio includes loans that Delta Bank issued to Yablunevyi Dar company and for which suing a shareholder Delta Cargill and the State Mortgage Institution. February 26 has been already signed an agreement between the banks of the securities collateral by 160 million UAH, and an agreement on  foreclosure. As a result, the amount of assets transferred from Delta Bank to Oschadbank amounted to 2.033 billion UAH.

March 3, 2015 in the Delta Bank was introduced the interim administration. And on September, 29 the temporary administrator Vladislav Kadyrov declared above contracts null and void.

Oschadbank is a State Bank of Ukraine; it is one of the largest banks in the country (in September 2013, the Bank held the second position after Privatbank in terms of assets, capital and deposits of natural persons). It has the country’s largest bank branch network, which has about 6000 units.