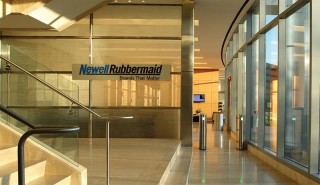 Union of the two big companies will create a major new giant in the consumer sector in the USA. According to analysts, the company will receive an annual income for more than $ 16 billion.

The public learned about the unification of the companies at the beginning of December 2015. Newell Rubbermaid owns the brand Parker, produces various household goods, Jarden also sells pens, and in addition owns another 100 of well-known brands. For 14 years (the company was founded in 2001), Jarden bought about 30 companies, and helped to improve their performance. The company, which will result in the association will hold a variety of popular brands, which are popular not only in the USA but also far beyond.

Michael Polk who is the current director of Newell Rubbermaid will manage the united company. Analysts say the merger will help the companies to save $ 500 million for 4 years.

The transaction will be closed in the second quarter of 2016. The new company will be called Newell Brands. Michael Polk said in an interview that the united business will help to expand the scope of activities, increase profits; the merger will positively affect the development of the company.

Newell Rubbermaid Company is the owner of the brand Rubbermaid that produce household goods, Irwin tools, Parker pens, Paper Mate Office and Graco Company, which produces baby carriages. Jarden is the owner of such brands and companies:K2 Sport equipment, Volkl Group skis and snowboards, Marmot sportswear and the Norwegian company Madshus, which produces cross-country skis, boots and related equipment since 1906. The agreement, which will  unite companies for $ 13.2 billion, is one of the largest in the consumer sphere.

NASA has terminated a major contract with SpaceX

NASA has suspended a contract with SpaceX to build a monthly landing module, which cost $ 2.89 billion. It is noted that the company of Amazon founder Jeff Bezos Blue Origin and Dynetics have protested the decision to outsource the construction of the SpaceX module to the US Central Audit Office (GAO). SpaceX must now […]

The court arrested the “Fozzy-Food” accounts, because of the underestimation of VAT

US Employees of Facebook were allowed to work in a remote location by June next year. Most Facebook personnel were switched to remote mode in late March, and in April, CEO Mark Zuckerberg said that it is the last among of those to resume working in the office at the end of a pandemic of […]