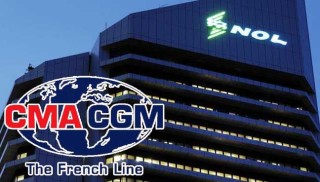 Recently  in a world of M&A another significant deal was concluded. The CMA CGM French company, that occupies the third place in the world and specializes in the sphere of container shipping  concluded the deal with Singapore shipping company Neptune Orient Lines (NOL), which incurs losses for the last several years. The agreement is valued at $ 2.4 billion. This is the largest deal in the industry over the past seven years.

The transaction must be approved by the Antimonopoly Committee. Vice CEO  of the CMA CGM, Rodolphe Saade said that the union of the two companies will help it to raise and to enhance  its position in the world market. Now, according to Rodolphe Saade, in a hard time for the shipping companies, merger is a very important thing, which will give the outlook for growth and development and increase revenue.

According to analysts’ information, the annual revenue of the combined company will be $ 22 billion, and it will have a fleet of 563 ships. In the world market of container shipping the company will have more than 11%.

As a matter of law, the merger will help companies to save on costs significantly, optimize routes, to become more competitive in the transport market, to expand the scope of activities. After making the merger, the combined company would control 19% of market shares of the routes on which it operates.

As “Liga.net” reports, ATB will have finished the transaction on purchase of large West Ukrainian Barvinok retail network until the end of the year. ATB,the largest food retailer buys the Barvinok West Ukrainian network.The network has already changed the owner in 2015. Then Eurotek purchased it. The investment banker who wished to remain unnamed reported:”ATB […]

According to the State Statistics Service, as of January 1, 2017, there are 15 206 join-stock companies registered in Ukraine, 3 122 of which are the public companies. Although the Ukrainian independence celebrates its 25- year anniversary already, only recently the national business has started to review the governance system and the system of effective […]