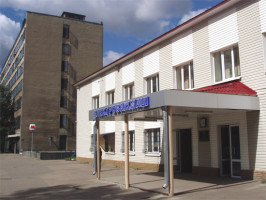 Ministry of Economic Development of Ukraine considers as  unacceptable any use of force in the enterprise and expresses its intention to be protected within the framework of the law.

Ministry of Economic Development has announced an attempt to raider seizure of state enterprise “Electrotyazhmash” plant”(Kharkiv). This was reported by the press service of the Office.

According to the report, in the morning of January 19, the former director of the company Vladimir Glushakov, accompanied by armed men broke into the territory of the enterprise and tried to gain access to the stamp and bank documents.

“We believe that Glushakov tries to seize financial flows of “Electrotyazhmash” – said the Minister of Economic Development and Trade Aivaras Abromavicius.

Ministry of Economic Development has sent an official appeal to the Ministry of Internal Affairs, Kharkiv regional state administration and registration service of the Main Department of Justice in the Kharkiv region with an appeal to stop the illegal activities, protect the public interests and contribute to the liberation of the plant territory by armed people as soon as possible.

The minister recalled that he has twice dismissed Glushakov for gross violations of contract and damage to the company. Glushakov was relieved from his post on August 2015 for $ 1.55 million in lost profits.

“Company “ArcelorMittal Temirtau” (Kazakhstan) paid for electric motor $ 2,987,000, and the Ukrainian plant received from the agreement just a half – $ 1.387 million, and the rest went to the British factoring company”, – the report says.

In November Glushakov was reinstated through the court. However, the Minister fired him again for gross infringement of the procedure of foreign exchange settlements, because of which the plant has suffered a loss of $ 2,666,000 USD.

According to the minister, announced in December competition for the post of Director of State Enterprise “Electrotyazhmash” Plant” has already received 25 applications from qualified candidates. Abromavicius said that the salary of the future director may reach 16 million UAH per year, granting the achievement of financial targets of the enterprise.

“Electrotyazhmash” specializes in the design and manufacture of turbo-generators, hydro-generators, large DC machines, electrical equipment for urban and electric railway.

The state financial institution Oschadbank won the Court in the Individuals Deposit Guarantee Fund (IDGF), and obtained the right not to return 2 billion UAH, that was  received from the Delta Bank. This was stated by FinClub. “The essence of the conflict is to try to return to the Delta assets that Oschadbank received from […]