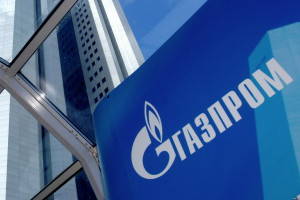 According to the sources, “Gazprom”, JSC demands to annul the decision of the Antimonopoly Committee of Ukraine (AMCU) of the fine in the amount of 85.966 billion UAH through the Commercial Court of Kiev.

The claim is registered in the court on April, 12. “Naftogaz of Ukraine” and “Ukrtransgaz” must be the third parties in the case.

Since the AMC sent the parties a decision on the case of the monopoly “Gazprom”, as a single buyer for the gas transit through Ukraine market, on 12 February, it could be appealed within two months

Thus, “Gazprom” has appealed it at the last possible day for filing a lawsuit.

It will be recalled, that  on  January 22, 2016 the AMCU  imposed on “Gazprom”a fine  for abuse of the monopoly position in transit through the Ukraine for 85.966 billion UAH.

At the same time in “Gazprom” announced that the AMCU has no authority to issue the regulation of transit through the Ukraine and that this question needs to be addressed to the Stockholm arbitration.

In response, the committee assured the Russian company that, as a subject of consideration is not the fulfillment or non-fulfillment of the contract, which is governed by the Swedish law, the AMCU has the ability to make decisions with respect to “Gazprom” and its position in the market.

“Gazprom” is the Russian transnational corporation engaged in the exploration, production, transportation, storage, processing and sale of gas, gas condensate and oil, as well as the production and marketing of heat and electric power, banking and media structures. It is he largest company in Russia, the largest gas company in the world and it has the most extensive gas transmission system (more than 160 000 km). It is the world’s leader in its industry.

In July-September 2020, Ukrainian banks closed 251of the structural subdivisions, reducing the regional network to 7329 branches by October 1. This is stated in the data of the National Bank. Most branches in the third quarter were closed by the state Oschadbank – 166, reducing its total number to 1931. During the same period, the […]

Uber has already tried to give drivers more autonomy so that they are considered contractors rather than employees. A California court has issued a preliminary order ordering Uber and Lyft to immediately retrain drivers from contractors to company employees. The order will take effect in 10 days. As independent contractors, Uber and Lyft drivers do […]

Naftogaz announced a return to the practice of manual management of state-owned enterprises after the Cabinet’s decision to dismiss the head of the NAC Andriy Kobolev and the company’s supervisory board. The board of Naftogaz announced this on Wednesday, April 28. The company claims that the government’s decision is a legal manipulation. “The dismissal of […]