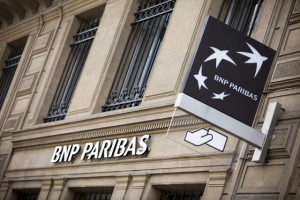 The financial conglomerate BNP Paribas (headquartered in Paris) acquired indirectly 11.42% of the British JKX Oil&Gas, which owns the Poltava Petroleum Company. This is stated in the message  of the JKX Oil&Gas reported on the London Stock Exchange.

The owner of the package of the JKX at a rate of 11,42% became the British company Luna Nominees Limited, founded in 1989. The sole shareholder of this company is the BNP Paribas Security Services, which is the part of the structure of the  BNP Paribas.

According to the announcement,  the Luna Nominees Limited bought the stock of shares  from the Glengary Overseas Limited (British Virgin Islands), which is owned by Russian businessman Alexander Zhukov, who is close to Igor Kolomoiskyi.

Eclairs Group of Igor Kolomoisky and Gennady Bogolyubov with a package of 27.54% of the shares remains the largest shareholder of JKX Oil & Gas.

From the middle of the last year, the Proxima Capital Group owns the 19,92% of the JKX. This company belongs to the Russian banker Vladimir Tatarchuk.

The JKX Oil&Gas has finished last year  with a loss of $ 81.5 million, receiving the net income of $ 88.5 million. The main asset of the  JKX is the Poltava Petroleum Company, producing oil and gas in the Poltava region.

The BNP Paribas is the owner of the major Ukrsibbank in Ukraine since 2006.

Ukrzaliznytsia named the salaries of the management