Artemsol plans to open logistics centers in the EU 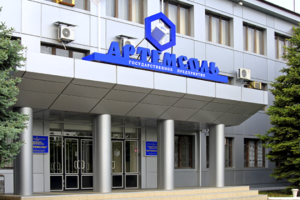 The state owned enterprise Artemsol plans to open logistics centers in Europe, which will give an opportunity to take new markets and increase the volume of sales of products, says the press-service of the enterprise.

“We plan to open logistics centers in Ukraine and in Europe. This will solve the problem of deiveries from the producer to the consumer as soon as possible, bring our products to the final customers, increase business profits by avoiding middlemen”, – said the acting director of the state owned enterprise Vladimir Dolya.

According to him, in the nearest future the pilot project will be implemented in Kiev. “Besides, the question about the creation of the first  wholesale logistics center in Europe in the summer of 2016 the first is actively developing “, – he added.

As reported in March, the representatives of the  Artemsol have already visited the warehouse and industrial premises in the territory adjacent to the ports of the  Danube River of the town Galati (Romania) and the town Ruse (Bulgaria).

“Starting of work of the logistics center with Ukrainian salt in Romania or Bulgaria will provide a convenient and quick delivery of products for European consumers”, – said in the message.

In Artemsol hope that the optimization of transport logistics will increase the competitiveness of their products, the volume of supplies to several European countries, and will provide an opportunity to expand into new markets.

“Besides, the presence of offices in the territory of the EU enables the company to participate in European tendering procedures for the salt purchase”, – noted in the company.

According to the Artemsol information, in 2015 the state enterprise has delivered to the  European consumers 367,8 thous. tons of salt. The plans for 2016 are an increase of the volume of products deliveries to the market by 15% and the yield on the figure of 425.3 thousand tons.

Poland and Denmark have settled disputes over the Baltic Pipe

Poland and Denmark have solved problems related to the construction of the Baltic Pipe gas pipeline. The representative of the Polish government on strategic energy infrastructure Petro Naimski announced this on Polish Radio. “An agreement has been reached and work has resumed,” he said. Currently, the laying of 100 km of offshore section of the […]

Shares of Ford Motor Co dropped to 1.93% on Friday after the closing of trading on Thursday, automaker reported results of achievement in three months from April to June. Since the beginning of the year, Ford shares have fallen by 28.9%. Ford Motor reported second-quarter losses of – $ 0.35 per share, which is better […]

The price of shares of Coca-Cola today is 13.6% lower than at the beginning of 2020, and the profit with revenues of the second quarter fell by a third due to lower sales in restaurants and entertainments in the conditions of a pandemic. At the same time, shares of Coca-Cola are considered to be a […]

Ferrari and Lamborghini announced the termination of official deliveries of its supercars on the territory of Ukraine in 2016 due to the unstable situation in the local market. This was announced by Victor Postelnikov the “Vipos” CEO who sell these models. “Because of the situation in the country, our market is not ready today to […]