Saturday morning in the company of LDaily and our traditional surveys of the most prominent, important and interesting events in the world of business in a week – is a great chance to start the day not only pleasantly , but also with the use. After all, the information is always an advantage, the quality information – is a confident step to success. LDaily: only what is really worth your attention. 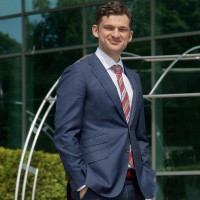 The former management of PrivatBank will create its own company. This was on a personal page of Facebook Dmytro Dubilet – former CIO of the nationalized financial institution. Fintech Band – is the name of the new organization, which also has among the co-founders the deputy head of the bank Oleh Horokhovskyi and former head of the structural unit of Privat “Payments and Transfers” Mykhailo Rohalskyi.

According to preliminary information, the main specialization of the newly formed company will be to provide IT-services to domestic and foreign banks. “We know how to create a cool retail bank, and are ready now to share this knowledge. We will deal with such blocks as processing, CRM-system, credit cards and internet banking, “- said Dmytro. 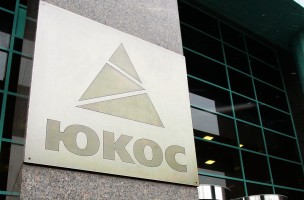 Russia will not comply with the ECHR ruling in the case “of oil company” Yukos “. According to the decision of the Constitutional Court of the Russian Federation dated onJanuary 19, 2017 year, the implementation of the requirements of the European Court for damages to the shareholders of the liquidated enterprise in the amount of EUR 1.8 billion is not possible.

In line with the official position of the Ministry of Justice of RF, the decision of the ECHR on the 2014-year of the financial compensation to the shareholders contradict the legislation of the state, because the international court in its decision appeals to the norms of the Protection of Human Rights and Fundamental Freedoms and its Protocols, which are at variance with the Russian Constitution. Thus, there are no legal grounds for damages reparation to aggrieved shareholders by russian side. 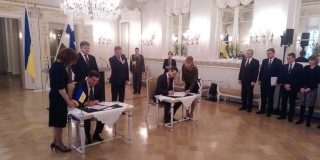 3. Ukraine and Finland signed an agreement on energy cooperation

Ukraine has signed a memorandum of cooperation in the energy industry with Finland. About it reported the press service of Vice Prime Minister of Ukraine on Governmental Portal page. The document was signed on Tuesday, January 24th, in the framework of the official visit of the Ukrainian delegation, which included also the President of Ukraine Petro Poroshenko, to Finland.

According to Minister of Regional Development Hennadii Zubko, collaboration with foreign partners is aimed at the implementation of projects related to the development of alternative fuels and the optimization of public spending on electricity. He also said that the Memorandum provides the joint search for solutions to ensure technical issues to implement reforms. In particular, we are talking aboutinitiatives of energy efficiency Fund, whose creation process is currently ongoing, in accordance with European Union requirements.

4. “To achieve success in the electronics market in Ukraine will help the dialogue with the consumer”

Globex British company was established in 2008. At the same time it was opened an official representative office in Ukraine. Marketing Director Yevhenii Korshykov recognizes that entrance to the Ukrainian market was difficult and simple at the same time for Globex. But the right strategy has helped the company to successfully conquer the Ukrainian market with the help of high-quality automotive electronics. His position in the company Yevhenii has been taking for three years. During this time,both the company and the electronics market in the country suffered a stagnation in the sale of products, but Globex refused to lose sympathy of Ukrainian buyer, therefore undertook to carry out important changes in its policy. On how the company went to a dialogue with the consumer and why in Ukraine there are few leaders in the electronics market, Yevhenii Korshykov told in the interview for LDaily. 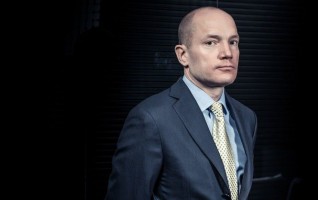 Inflation in Ukraine in 2017 has an upward trend. Experts predict the order of 8%. With regard to the dollar – the assumption is not very comforting. All these things and more were discussed at the general meeting of the EBA Ukraine’s Business Climate-Global Outlook, which took place on January 26, 2017.

In 2017 on the world market the dollar starts to strengthen its position. But it is badly reflected on hryvnia rate, which, of course, will begin to fall again “- said in an exclusive commentary for LDaily Tomas Fiala, CEO of Dragon Capital company.

According to him, in 2017 the average annual hryvnia exchange rate will amount to 27,5-28,5 UAH / USD, and the National Bank, in turn, will not allow the national currency to rise above the level of 27. Thus, the NBU will keep the current account deficit within 3% GDP.