Главная › News › The Austrian company buys more than 50% of Investbank 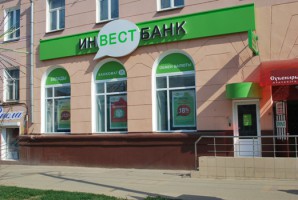 The Antimonopoly Committee has granted permission to the company EDAL Holding und Finanzierungsberatung GmbH (Austria) for the acquisition of a 50% stake in Investbank. This is stated in the committee report.

“Granted the permission to the EDAL Holding und Finanzierungsberatung GmbH (Vienna, Austria) for the purchase of shares of Investbank (Odessa), which provides excess of 50% of the votes in the supreme governing body”, – the report says.

AMCU does not give any information about the Austrian company.

As reported, in late October 2015 Investbank partially replaced the supervisory board, and at the end of September replaced the Chairman of the Board.

From 8 till 29 February, shareholders will be able to submit applications to participate in the additional emission, the placement will be held in March in two stages.