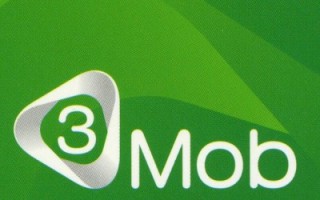 As noted, the the transaction amounted to about $ 120 million (3 billion UAH).

According to  one source ,  negotiations about the deal  began  since the spring of last year, when  the “MTS Ukraine” has sold its fixed network telecommunications to Vega group.

It will be recalled that , Vega, as well as “Ukrtelecom”, is owned by the holding company SCM  of Rinat Akhmetov.

Earlier, the SCM has got rid of one of its telecommunication assets, by selling its stake in the operator “Astelit” (life :)) to other shareholder, the Turkish operator Turkcell.

“Astelit” hoped  that the SCM will sell to them “TriMob”, but according to the company the price that the owner called  for “TriMob” was too big.

At the same time, the amount of the transaction with “MTS Ukraine” is much smaller and corresponds to the market value of cellular assets.

As reported, in August 2014, “MTS-Ukraine” dealt  with the mobile operator “TriMob” about roaming in the Crimea. However, a month later, “TriMob” stopped working in Sevastopol.

It will be recalled that  operator “TriMob” was created by “Ukrtelecom” in 2011 as a division in order to highlight the activities of providing mobile services into a separate business.

According to market participants, now “TriMob” has approximately 200 thousand subscribers. Therefore, the amount of the transaction  corresponds the market realities.

According to the president of the SV Consulting company, Oleg Stefanyuk,  today the main value of “TriMob”  is its frequency resource, which will allow “Vodafone Ukraine” to expand network capacity and to beat the competition on service quality. In the future, a part of the spectrum can be used for 4G.

The launch of the fourth generation at the same frequencies, which operates 3G, will be possible if the National Commission on Regulation of Communications and Informatization introduces the principle of technological neutrality. As reported on  November 11, the Cabinet of Ministers approved a plan for the implementation of 4G. According to the document, requirements for the use of 4G is scheduled for the second half of 2017.

Three banks have legal proceedings with the Creative

Two state banks have filed a lawsuit against the Creative  regarding the reimbursement of debts. In particular, Ukreximbank  wants to recover  57.71 million UAH and $ 7.84 million of arrears on the loan agreement dated November  17, 2008. Also Oschadbank wants to compensate another $ 25.24 million. In addition, Piraeus Bank ICB is trying to […]

International financial company Fairfax Financial Holdings Limited (Toronto headquarters, Canada) purchased 9.99% of shares of agricultural Ukrainian holding Astarta, which is the flagship of the domestic sugar market, which also is one of the largest provider of milk in the country. In addition,a new owner of shares acquired the right to purchase the remaining interest […]

1 + 1 media Group buys Ukraine’s largest satellite TV operator – Viasat. The seller was a Swedish media holding Modern Times Group (MTG). According to the informed sources, the amount of the deal could reach  300 – 500 million UAH ($ 15-20 million). The press service of the 1 + 1 media is short-spoken. […]