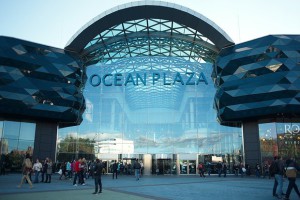 The claims of retailers inflated rental rates and a weak strategy of promotion of trade centers and poor quality traffic that negatively affect their sales. In turn,  rentiers accused the network of helplessness during the crisis and the inability to promote their goods.

The scandal began in 2014, when several dozen representatives of the apparel retail even issued an ultimatum to an administration of the largest in Kiev shopping and entertainment mall Ocean Plaza: either rents are falling, or traders leave the mall.

The Ocean Plaza was a promising project, and many tenants strove to get there. But after four or five months after the opening of the mall retailers disappointed. “Actual sales were 70-80% less than planned. With such volumes of rents in the $ 150-200 per 1 sq. m per month – too much of a luxury – says the owner of a chain of chocolate shops Murad Haguro. – Administration of the Ocean Plaza has taken a tough stance: overdue of rental payments flowed to the closing of shops”. Murad Haguro left in late 2013 the Ocean Plaza to the “fresh” Gulliver. But six months later he and three dozen other tenants of Gulliver again came to the protest with the requirement to reduce rates twice or provide rent free for six months.

One of the oldest shopping malls of Kiev  “Globus” discredited  too.  In August 2013, 27 stores stopped working  for one hour. Thus, tenants, among whom were: Accessorize, Adidas, Carlo Pazolini, OGGI, River Island, Monton, Pierre Cardin, New Look, Tommy Hilfiger, Tally Weijl, Walker, Reebok, Baldinini, demanded reduction of rental rates, totaling $ 130-320 per 1 sq. m per month, for 40%, as well as repair works: many areas are leaking, and inside you can even see the rat.

At the moment, a stumbling block turned out to be the marketing budgets, quality traffic, promotion of trade centers.  Shopping mall charges a fee from stores for maintenance services: cleaning, security of premises and so forth.  As well as marketing budgets, the amount of which can reach 10% of the rental cost.

Rentiers excuses, that it is quite difficult to choose the event, which will be effective for all tenants equally.

Both parties are not soon being able to get rid of an individual approach. New same conflicts will be solved only by cooperation between shopping centers and tenants: they must work together to think through marketing activities and work to improve the quality of traffic.