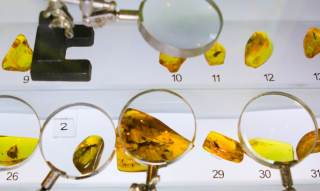 “The Ministry of Economy has already agreed on the order in which will be formed Supervisory boards and by which way will be assigned the supervisory boards for the largest state-owned enterprises.

We expect that by the end of the year, in addition “Naftogaz”, the Supervisory Boards will be working with another 15 major state-owned enterprises “, – she said.

According to Koval, the top 100 public companies in Ukraine in 2015 paid to the state budget 2.5 billion hryvnia in the form of dividends and 6 Millard hryvnia, as part of the net profit.

As reported, the salary of the heads of state enterprises in Ukraine will be 400 thousand hryvnia and even more. Effective top executives will receive bonuses.

UAE is interested in cooperation with the Ukrainian agrarian enterprises

The other day, was held a working meeting of representatives of the Ministry of Agrarian Policy and Food of Ukraine and the State Veterinary and Phytosanitary Service of Ukraine together with the Ministry of Environment and Water of the United Arab Emirates. UAE experts arrived in Ukraine for the inspection of domestic enterprises producing poultry […]