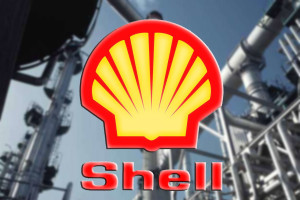 December, 14 2015, Shell announced that after they finish the merger with the British oil company BG Group PLC, they will fire  2,800 people. The company said in report that their plans are  to reduce the number of employees by 3%.

Terminations will start in 2016. Earlier, Shell announced plans to cut the number of work positions by 7500. Experts argue that such decisions are linked to the company’s external factors – falling oil prices (a record since 2009) and the negative dynamics of the market in general.

Shell representatives said that they estimate policy retrenchment and the merger is positive for the company, but also they understand  that soon the oil market will not grow.

CEO of Shell said that the transaction will help Shell to be more stable in the market and increase its profits. The merger will be finished in early 2016, and then will begin the massive downsizing in the company. The merger of Shell will increase its oil reserves by 25% and gas production by 20%.

In addition to large-scale terminations  Shell plans to conduct business restructuring in oil and gas, also there will be created a separate company, which  activities will be focused on managing gas assets.

In the second quarter of 2020, Japan’s economy shrank by 7.8% over the previous three months. Such preliminary official data was published by Trading Economics. It is noted that the fall of GDP was recorded for the third consecutive quarter and became a record, due to the negative impact of the COVID-19 coronavirus pandemic. At […]

French actress and director Maylis de Poncins, author of the sensual short film “Je suis dons tu es” (“I am, therefore you are”), became one of the favorites in the qualifying round of the Only 140 seconds and a lot of meanings – the film won’t leave you indifferent! Maylis de Poncins is a young actress who has proven […]