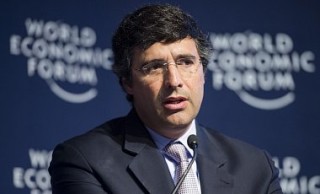 week, on Wednesday, November 25, 2015 Andre Esteves, the founder of the Brazilian investment bank BTG Pactual, was taken into custody
in the framework of an extensive investigation of bribery. It is known that large Brazilian construction firms are involved  into the scandal and another defendant is a state oil company Petroleo Brasileiro SA. (Petrobras).

Prosecutors say Estevez wanted to give a graft to the former director of Petrobras who is currently in custody in order to prevent him from cooperating with the investigation for corruption fraud in the oil company.

As a result, the bank’s shares began to plummet (after the arrest of Andre Esteves their value fell by a quarter); last Wednesday investors lost hundreds of millions of dollars just for a few hours. Now the question is how the scandal will affect the economy? BTG Pactual is the only Brazilian investment bank that is registered on the stock exchange. Corruption scandal, which involved BTG Pactual significantly influenced the stock prices and currencies and led to uncertainty which is unacceptable in the stock market. The story of the arrest of Andre Estevez fed fears of investors and dealt a blow to the reputation of the bank. The financial stability of the country is under attack.

The billionaire Andre Esteves is one of the most famous figures in the Brazilian financial system. He managed to turn the initially small company to one of the biggest and the famous private investment bank in Latin America. The current fraud scandal  is only start, it could serve as the negative start for the economy of Brazil and its effects can reflect  the global market.