LDaily has prepared for the readers the short overview of latest news in the sphere of business and finance for last week. If you missed something, you would have a good opportunity  to correct it.

1.Trump won: the companies begin to take out assets abroad 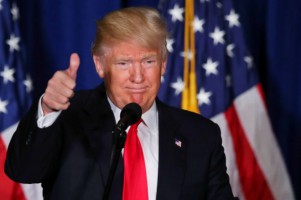 By the last calculations, Donald Trump has won  in the USA elections. A fantastic flash of activity has happened in the USA fund market according to Republican candidate victory . Bloomberg,the analytical agency also notes that in the market of investments negative tendencies are observed at the moment : separate companies begin to take out assets abroad. Most likely, such actions are caused by an intention of the government of republicans in the nearest future to reduce amounts of international trade.

It should be noted that in some states people took to the streets in protest concerning results of the electoral race. In the city of Oakland, State of California, protesters made a series of arsons, chanting the slogan: “Not our President!»

2.The III Directors Forum “Conductors of changes” is about the effective strategy of development for Ukraine. 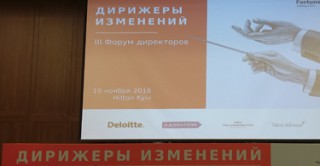 How to create a new model of modern Ukraine, a role of innovations in management of the companies,is the  corporate management effective as the key tool in change management  and many other  questions were discussed at the III annual Forum of directors “Conductors of changes” which took place in Kyiv on November 10, 2016.

Leaders of opinions, the Ukrainian and international experts, representatives of business and political elite  hotly have discussed the subject : “How to create the effective strategy of development for the country during an era of the crisis of values”on the Forum. 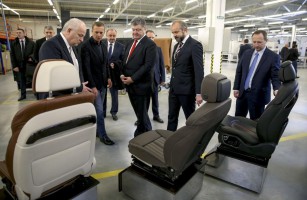 Some of these days a German concern Bader GmbH, the European car seat producer, which has been working in Ukraine,has presented  a new production line opening which will be started within the new created industrial complex in the territory of the Lviv region. At first hand, it is referred to  cars leather seats production  of the BMW  and Audi brands in Ukraine. P. Poroshenko, the President of Ukraine,visited the opening of the new plant. Within an official part of an action,he mentioned warming of the investment climate in Ukraine in the last two years that, in his opinion, was a consequence of economic and political rapprochement with EU countries.

4.”CHS Ukraine” to finance the Ukrainian landowners next year 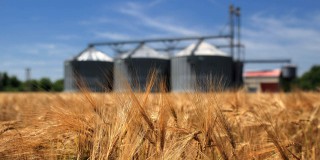 In 2017 the “CHS Ukraine” company together with partners will invests about 50 million dollars in the agro-industrial complex of Ukraine.For one, “CHS Ukraine”, Syngenta,”Galnaftogaz” give  loans to an industry under a small interest rate, and also  provide gasoline supplies, seeds and necessary chemicals for the handling of plants.

5.Webmoney and “Yandex. Money” now are  beyond the law 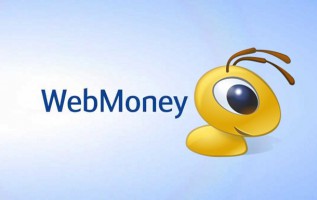 The NBU has blocked work of several payment service providers such as  Webmoney, QIWI Wallet, “Yandex. Money” and Single purse that earlier had operated on the territory of  our country.According to the text of the telegram which representatives of the National bank have distributed in a bank system activities, above-stated services for the provision of financial services hadn’t been approved with the NBU.

The NBU also made the statement concerning  banks, which cooperated with the forbidden payment service providers now have to stop their use on October 19. In the case of failure to carry out of the  NBU resolution, financial organisations  also are threatened by sanctions. 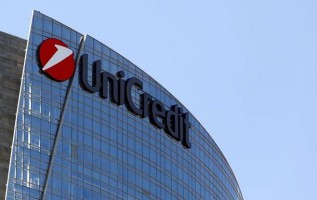 UniCredit Group,the private holding company  has finished the transaction with ABH Holdings S.A, an international financial institution concerning the transfer of 99,9% of shares of the “Ukrsotsbank”Ukrainian entity,which is providing any financial services within the Ukrainian market.

In exchange of shareholders, the  UniCredit Group receives in property 9,9% of shares to its monetary share block of ABH Holdings corporation.

Read also:Important events in the business world for a week

Chip maker, Advanced Micro Devices, is in talks to buy a rival chip maker – the American company Xilinx, reported The Wall Street Journal. The deal might be exceeding to $ 30 billion and could be announced for the next week. The merger will become one of the largest transactions in the industry this year, […]

Ukraine has repaid a $ 350 million loan to Deutsche Bank AG London ahead of schedule this week, Interfax-Ukraine reports citing a source. Including interest, the payment was about $ 354 million. Ukraine took this loan in December last year for up to six months at a rate of up to three-month LIBOR + 5.75%, […]

Tesla Inc. paid its chairman and founder, Elon Musk, $ 3 million in compensation for D&O insurance to defend, settle disputes, or make court decisions. This was reported by Insurance Business. This insurance covers the expenses of the members of the board of directors, which are not included in the general expenses of the top […]