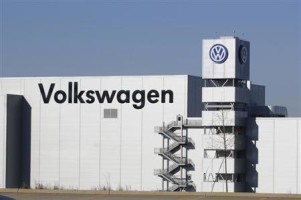 The world’s largest car manufacturing company Volkswagen, which has recently been involved in a major diesel scandal for understating  of emissions of harmful substances into the atmosphere, will now be sued in court on charges of violation of environmental legislation.

Recently the USA Department of Justice filed a civil suit in federal court. The statement noted that the defendant had violated several points the Clean Air Act. If the decision is made  in favor of the plaintiff, the automaker will have to pay a fine of $ 80 million.

Currently, the number of lawsuits that are filed in the Volkswagen Group from customers  numbers in hundreds, and the regulatory authorities in seven countries are currently continuing to investigate the case of diesel scandal. The US government may also file a criminal complaint to the carmaker for the fact that the company had falsified information, which was submitted to the Agency for Environmental Protection.

Analysts argue that the US regulatory authorities will require automaker heavy fines, rather than regulators in other countries, so if Volkswagen wants to resolve the conflict, the company should help  the investigation, and to pay damages to the full.

In autumn 2015 the regulators found that Volkswagen is installed in the car special computer program to reduce emissions of harmful substances into the atmosphere. After this, the concern had to withdraw about 11.5 million  cars, and it caused a damage in the amount of 3.5 billion.

Well-informed sources say that in the context of all the events Volkswagen could face a lawsuit from investors in the amount of € 40 million.