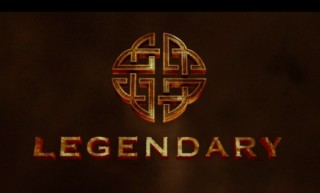 Chinese companies continue to actively increase their presence in the business world. Recently it became known that the company Dalian Wanda Group, which  specializes in the construction of residential and commercial property, acquires the major USA cinema-company  Legendary Entertainment for $ 4 billion.

After the implementation of the agreement, most of the shares will pass under the control of the Dalian Wanda Group, which is owned by a famous Chinese billionaire Wang Jianlin, the other shares will remain at the current head of the US film company Thomas Tull.

From the legal point, buying Western companies the Dalian Wanda Group not only increases its presence in the global market, but also extends the sphere of influence. Under the supervision of a prominent businessman Wang Jianlin, whose fortune is estimated at $ 30 billion, already is a football club Atletico Madrid, he is also the owner of a great marketing Swiss company Infront Sports & Media. Now the acquisition of film companies in the United States means that the influence of the East gradually extended to many areas of Western business.

According to analysts, the Dalian Wanda Group may hold a reorganization of Legendary Entertainment, in result which can completely change the concept of the enterprise, its legal form and activities. It was recently announced that new plans include the development of computer games.

PrivatBank’s profit for 2020 amounted to UAH 25.3 billion, which is UAH 7.3 billion less than a year earlier. The bank’s press service announced preliminary results of last year’s work on Thursday, January 27. PrivatBank noted that last year, in connection with the pandemic, they formed special reserves, which amounted to more than ten billion […]