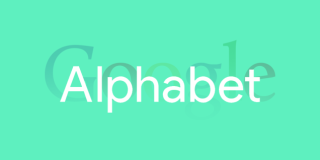 The parent company of the Google – Alphabet announced that the company will invest to Bebor Technologies $ 380 million, –  reports The Wall Street Journal.

According to the deal, the Alphabet company will receive shares in the Bebor Technologies for $ 148 million. Dine Green, one of the head of Alphabet company expressed positive opinion about the deal, she was the one who helped Google with  large number of successful transactions.

The Bebor Technologies Company is a modern media platform and the editor, which opens up new opportunities in the cloud. The deal began to discuss back in November 2015, when in the company Bebor Technologies worked only 39 people. The Alphabet Manual stated that investing in a startup of the Bebor Technologies would be very beneficial, as this company has every chance of rapid development; its modern approach and the use of new technologies  in editing will become an important part of enterprise IT-applications in large companies in the future.

Analysts say that such a large amount of the transaction  explained by the fact that the Alphabet hopes for a quick success of  the Bebor Technologies startup, which is able to compete with such giants as Amazon.com Inc. and of Microsoft, thereby significantly multiply  the company’s revenues.

Promising Bebor Technologies startup interested many of the major contributors. According to the January 8, 2016, the company Bebor Technologies  already has 76 investors, including Sequoia Capital venture capital offices and Andreessen Horowitz.

The Alphabet  is  a large holding conglomerate, which was set up to restructure Google. Now the Alphabet is the parent company for such companies as Salico, Google Ventures, Google Capital, Google X, Google Fiber and Nest Labs.

German airline Deutsche Lufthansa AG on Monday took the third package of measures restructuring of business because of poor dynamic aviation market recovery, according to a press release. “Forecasts for international flights have deteriorated significantly in recent weeks. With the end of the summer holiday season, the number of passengers and bookings is declining again […]

Shares of Advanced Micro Devices, increased on 47.4% since the beginning of the year, rose on 10% after the announcement of the financial results of the 2nd quarter, which ended on June 27, and the publication of optimistic forecasts, despite the pandemic. The report was preceded by a sharp rise in shares of AMD after […]