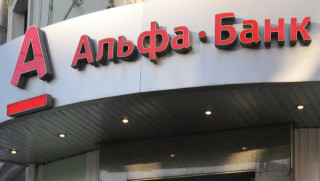 Alfa-Bank intends to consolidate its Ukrainian unit with Ukrsotsbank, said the Chairman of the Board of Directors Peter Aven.

“Association of Alfa-Bank and Ukrsotsbank can take years. Various options are possible for future transactions with UniCredit in Russia”, – Quotes Bloomberg agency his  statement to journalists in Kiev. According to Aven, “Alfa-Bank” is going to increase its capital in 2016 in accordance with the requirements of the Central Bank. As pointed out the General Manager of Ukrsotsbank Mauro Maschio, who was present at the same event, the capital increase of Ukrsotsbank, on the contrary, will exceed the requirements of the Central Bank. Earlier the banking group UniCredit Group signed an agreement for the sale of Ukrainian units – Ukrsotsbank – to the ABH Holdings company, a member of the Russian Alfa Group.

ABH Holdings is a private investment holding company with investments in a number of banking groups on the territory of CIS countries and Europe. It Includes the Alfa-Bank (Russia), Alfa-Bank (Ukraine), Alfa-Bank (Belarus), Alfa-Bank (Kazakhstan) and Amsterdam Trade Bank N.V.  In August, the largest by assets Bank of Italy began negotiations with ABH Holdings on the sale of Ukrsotsbank. In December 2013, two Ukrainian assets of UniCredit Group, which operates on the local market since 1997, were merged. Integrated Bank joined Ukrsotsbank  PJSC and UniCredit Bank OJSC. The UniCredit Bank network has 287 retail outlets in Ukraine. The stuff of financial institution includes 4830 employees. UniCredit Group owns Unicredit Bank, which is operating in the Russian Federation.

Metinvest has reduced its debts by half

UkrAgroCom and Hermes-Trading dairy complex is recognized as breeding farms

“Petrikov milk” dairy complex got the status of a pedigree farm on breeding Holstein cattle in the area of ??dairy cattle breeding, said the press service of the UkrAgroCom and Hermes-Trading, which owns the complex. This status is assigned to the order of the Ministry of Agrarian Policy and Food of Ukraine on December 30, […]

According to the results of last year, Ukrzaliznytsia received a net loss of UAH 11.9 billion against a profit of UAH 2.988 billion a year earlier. This is stated in the company’s financial report. The company states that the financial result was significantly affected by a decrease in revenues from freight and passenger traffic – […]