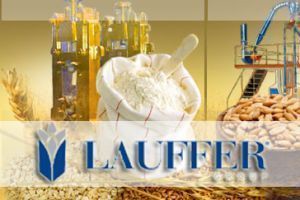 Lauffer Group will invest 14 million UAH in the expansion and reconstruction program of its own trading network.

Lauffer Group continues to implement a program of expansion and renovation of its own sales network in Odessa, Kharkiv and Dnipropetrivsk regions, according to ProAgro.

In 2015, Lauffer Group invested about  4.25 million UAH in the opening of the shopping facilities: 9 in Odessa, 5  in Kharkiv and 12 in Dnepropetrivsk.

Investments in the opening of one pavilion fluctuated from 250 to 400 thousand UAH. According to the head of retail trends of Lauffer Group, in 2016 the company planned to launch more than 12 new facilities in Kharkiv and 20 in Odessa. Total investment is 14 million UAH.

In addition, this year will be the reconstruction of the existing stock of branded retail outlets TM Saltovsky  in Kharkiv, totaling more than 4 million UAH.

“Due to the offer for buyers of an expanded range of products, providing competitive prices, as well as thanks to the modern design of rooms and architectural innovations we managed to increase the turnover compared to 2014”, – said the head of proprietary trading at the national level Lauffer Group, Alexander Moshurovsky.

Lauffer Group is a large, dynamic group of commercial and industrial enterprises, that gained a leading position in the markets of Ukraine. Lauffer Group comprises companies “Golden Harvest” and “Harvest”. Among the key areas of activity are bakery and milling direction, the production of pasta, production of oil and fat products and mayonnaise, cannery. The structure of the Group’s assets also includes insurance companies and retail.

To get the next tranche of credit from its main creditor – the IMF, Ukraine should solve the issue of adopting a law which provides the demonopolization of the alcohol industry. This information was published by the head of the Ministry of Agrarian Policy of Ukraine Taras Kutovyi on his Facebook profile. The adoption of […]

Mercedes has announced the recall of more than a million cars