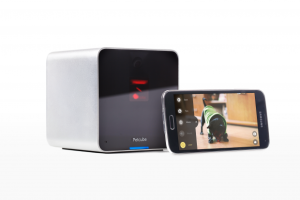 Ukrainian startup Petcube,  which successfully sells  gadgets for pets, has attracted an investment in amount of $ 2.6 million from such investors as Almaz Capital and AVentures Capital, which previously invested in the start-up $ 1.1 million.  Also, in the round participated legendary business incubator Y Combinator; Ukrainians got into the program of the Y Combinator as residents.

The funds Petcube expects to spend on development of projects around the world and further product development. The company also plans to expand the team of the Kiev office soon.

“With the obtaining of investments, participation in the prestigious program of Y Combinator and with the exceptional talents in the team, we have an extraordinary way. We are focused on expanding the distribution network and accelerate the development of new products that will help to improve the lives of pet owners and their pets “, – commented CEO Petcube Jaroslav Azhnyuk.

As previously reported, in March 2015 Petcube raised $ 1.1 million from AVentures Capital and Almaz Capital, and a partner of AVentures Capital, Evgeniy Sysoev joined the company’s board of directors. After raising a new round in the startup account appeared total $ 3.8 million of venture money.

Petcube is the Ukrainian company that produces gadgets for pet owners, the best hardware-start-up in Europe in 2014 according to The Europas. Petcube’s idea originated when the resident of Kiev Alexander Neskinu (CTO project) had no one to leave his dog Rocky with. The company’s first product  – a device that allows remotely via a mobile app to watch, talk and play laser games with pets.

Lego plans to open 120 new stores in 2020, according to Retail Gazette. The company reported sales growth in the first half of the year. In quarantine kits were very popular, in particular, among adult consumers. “About 80 new outlets will be located in China. Now the company has 612 stores worldwide,” – said Lego […]

What can attract Arab companies on the Ukrainian market?

In Ukraine it may soon be a new bank, whose founders will be the Arab leaders of business – community. About this initiative, which sounded Ukrainian-Arab Business Council, informs UNIAN source. This proposal of Council was strongly supported by the authorized persons of the National Bank and the Cabinet. The ofmeeting of business circles of […]