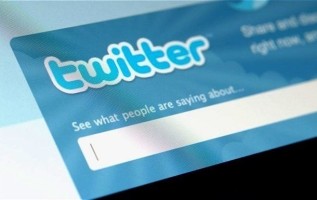 Turkish government for the first time resolved  to apply penalties to the social network Twitter. Recently, Turkey  turned to Twitter with a formal request to delete from the site all the information with an extremist nature, the information that supports  terrorism. Twitter declined the request of the Turkish government and didn’t delete the corresponding positions in the network. In response, Turkey has blamed one of the biggest  networks in violation of law and the promotion of terrorism and required to pay a fine in the amount of $ 51 thousand.

All details about the reasons for the fine is unknown. Some informed sources said  that such sanctions may be related to the fact that some of the statements on the site personally offended the Turkish leader Erdogan.

Although this is the first time when Turkey fines Twitter, this is not the first conflict between the parties – Turkey has repeatedly blocked access to the social networking site Twitter after the administration of the largest online resource refused to remove unwanted information from the site. So in March 2014 the activity Twitter was blocked in Turkey by the court after the site posted  information discrediting members of the Turkish government. But later, in April of the same year, the Constitutional Court issued a decision stating that the blocking of Twitter violates the rights of users and network activities in Turkey has been completely restored.

About 15 million people signed in Twitter In Turkey. And despite the constant conflicts with a social network, members of the government in the name of the president, the prime minister and other ministers have their own pages in Twitter.

Twitter is the largest US social network, which is designed for the exchange of short messages (up to 140 symbols). It was given life in 2006, and in 2010 its revenue was $ 45 million.

For the first time in Ukraine, a list of critical infrastructure banks has been compiled

For the first time, the National Bank has identified a list of critical infrastructure facilities in the banking system of Ukraine. This was reported on the regulator’s website on Friday, April 23. It is noted that such powers of the NBU are provided by the Law on Basic Principles of Cyber ​​Security of Ukraine. “Objects […]

China Companies decide to build a solar power in Chernobyl

According to an information of Reuters, Two large Chinese companies plan to construct a solar power station with a capacity of 1 gigawatt in the Chernobyl . For project implementation, the GCL System Integration Technology company intends to get a business  with the China National Complete Engineering Corporation (CNCEC). CNCEC was founded in 1985. in […]