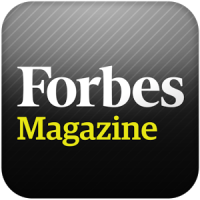 UMH was forbidden to use the trademark of the publication of Forbes, including “Forbes Ukraine”, or any other use of the trademark in print, online resources and mobile applications.

The Court considers as legal the termination of the license agreement of the Forbes Media, LLC with  UMH because of violations of censorship and principles of independent journalism by the Ukrainian media holding.

Making the decision, the tribunal also referred to violations of the UMH editorial guidelines of the license agreement, stating, that the latter was unable to preserve the integrity and independence of the editorial team of “Forbes Ukraine” magazine.

It will be recalled, that in early August 2015 the USA  government  imposed the  sanctions against the owner of UMH Sergiy  Kurchenko, denying an access to the Forbes TM, its content and domain. Ukrainian Forbes had to move to temporary domain forbes.net.ua, which does not require the trademark ownership.

Then in UMH decided that Forbes Media has violated their rights under the current contract – a license, according to the Ukrainian holding company, paid until the end of 2018.

January, 13 the online version of the Ukrainian Forbes returned to the old domain forbes.ua. This was decided by the Sadgorskiy court in Chernivtsi in December 2015. In the Forbes Media said they don’t know anything about the situation with the return of the ua domain to UMH.

Musk plans to release the cheapest Tesla within three years

At the Tesla Battery Day event, its founder Elon Musk announced the plans to build a budget electric car for $ 25,000 using a much cheaper battery. If the plans will be realized, the new car will be the most budgetable in the Tesla line. Nowadays the company’s cheapest model – sedan Model 3 – […]

The United States has offered to allocate $ 2.2 trillion for the help of the businesses

In the US, Democrats in the lower house of the Congress presented a package of the assistance to combat the effects of the epidemic COVID-19, valued at $ 2.2 trillion. It was reported by the Voice of America. The House Speaker, Nancy Pelosi, issued the letter stating that the bill “provides much-needed resources to protect […]

Online resource Entrepreneur has published interesting and instructive stories from the lives of American and Canadian founders of the business in which they share the lessons they got from the worse mentors in their life Be  a mentor  Name: Melissa Ben-Ishay, Company: Baked By Melissa Lesson: The importance of open communication. When I think of the […]