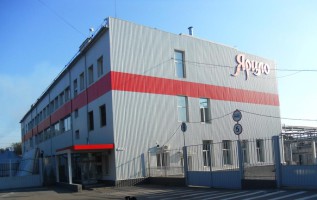 The Antimonopoly Committee gave the permission to the Nova Trade LTD Baileys company for the  acquisition of more than 50% stake of the company “Kvass Beverages”, which is the part of the Coca-Cola Company Group. This is said in a statement of the regulator.

The “Kvass Beverages”Company from Zaporizhzhya  produces kvass of live fermentation under  “Yarilo” TM.

Coca-Cola acquired the Zaporizhzhya factory of soft drinks in 2009, the most famous TM of the factory  was kvass “Yarilo”.

“Purchase of the enterprise has been made in order to complement our product line by kvass and satisfy tastes of consumers”, – explained then the press-service of the company.

“Kvass Beverages” is  one of the largest manufacturers of kvass in Ukraine. The first place in the Ukrainian market takes “Kvas Taras” which is poured by the Carlsberg Ukraine.

The foreign enterprise “Coca-Cola Beverages Ukraine” is  the leader of the Ukrainian market of soft drinks, the only enterprise in Ukraine, which is authorized to produce drinks under trademarks owned by the Coca-Cola Company.

The official representative of Coca-Cola was opened in Ukraine in 1992. The company’s first plant in Ukraine was opened in Lviv in 1994. In 1998, started its work the plant of the company “Coca-Cola Beverages Ukraine” near the Brovary town, Kyiv region.

The head office is located in Kyiv.  The company’s products are distributed through 21 retailers’ center.

The Cabinet of Ministers denied the statement about toll roads

Infrastructure Minister Oleksandr Kubrak denied his deputy Anna Yurchenko’s statement about toll roads in Ukraine. The day before, she said that six such roads are planned to be built in Ukraine and called the estimated cost of travel on them. “I will explain why this information is not true, and what is really happening,” Kubrak […]

The United States has offered to allocate $ 2.2 trillion for the help of the businesses

In the US, Democrats in the lower house of the Congress presented a package of the assistance to combat the effects of the epidemic COVID-19, valued at $ 2.2 trillion. It was reported by the Voice of America. The House Speaker, Nancy Pelosi, issued the letter stating that the bill “provides much-needed resources to protect […]

Russia’s gas monopoly Gazprom has not booked capacity at annual auctions through Poland and Ukraine. It is noted that the auctions were held on the booking platforms GSA Platform and Regional Booking Platform. The operator of the gas transmission system of Ukraine exhibited additional “solid” capacities of 9.8 million cubic meters m per day for […]

Oil has recovered the maximum since January 2020

World oil prices at the auction on Thursday, June 3, updated for a maximum of four months. Thus, August futures on Brent reached $ 71.84 per barrel, which is the highest since January 2020. July futures on the WTI are trading above $ 69 per barrel – a maximum of October 22, 2018. Quotes are […]

US International Business Machines Corp. (IBM) slightly increased its net profit in the third quarter of 2020, despite on the declining revenue in the context of the coronavirus pandemic, forcing businesses to delay implementation of projects to preserve capital. According to the press release of the company, Net income in July-September was $ 1.7 billion, […]