Главная › News › The NBU adopted the concept of merging banks 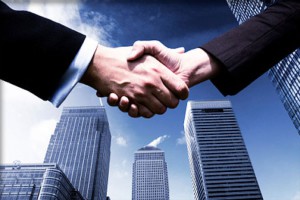 The National Bank of Ukraine (NBU) has adopted the concept of a simplified merger of banks. This was announced by the Head of Department of registration and licensing issues of the NBU,  Alexander Bevz,  writes the FinClub.

At the same time,  before that the regulator has tightened the requirements for small banks. Those who will not be able to increase the capital, can be combined with each other.

“The simplified procedure will be applied not only for those banks that need recapitalization, but also for other large banks. Also, there is a question of price determination of the shares. It was supposed to conduct an independent valuer. However, after consultation with market participants, we realized that such a process is very complex.  That’s why it  is submitted that the evaluation can be either carried out, or not if the parties agree independently”, – Bevz said.

The simplified procedure of mergers for  banks should be carried out for 3-4 months.

As previously reported, the National Bank of Ukraine  intends to initiate amendments to the legislation to reduce the merger procedure for banks, requiring additional capitalization, up to 3-4 months comparing with 1.5 years at the current moment.

It will be recalled, that the National Bank of Ukraine ordered the small banks to accelerate the bringing of the minimum capital into line with law requirements to at least 500 million UAH.

Ukrainian investor put in dead storage the plant in the EU

The Ukrainian “KVV group” put in dead storage its  Liepajas KVV metalurgs plant in Latvia because of the crisis in the steel industry and the failure of the negotiations with the Latvian government. “The management  of the ” KVV group”  forced to take this decision in view of the continuing long-term negative factors, that impede […]

The LNZ Grour company invested more than 25 mln. UAH in the social sphere of Shpolyansky district in Cherkasy region in 2015. In this region is concentrated the main production of the enterprise. The same amount for social needs LNZ Grour plans to invest in 2016. As said Anatoly Tkachenko, the director of Lebedinsky plant  (the […]

Last week, on Wednesday, November 25, 2015 Andre Esteves, the founder of the Brazilian investment bank BTG Pactual, was taken into custody in the framework of an extensive investigation of bribery. It is known that large Brazilian construction firms are involved  into the scandal and another defendant is a state oil company Petroleo Brasileiro SA. […]

The IMF submitted a claim to Ukraine

The IMF said that the continuation of Ukraine’s financial support program depends on the independence of NABU, SAP and HACCUkraine. This was stated by the representative of the International Monetary Fund Jerry Rice, on September 10 in Washington. “I can say that the creation of an effective anti-corruption base for Ukraine has been a crucial […]