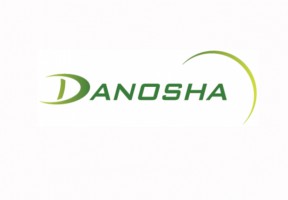 The agricultural enterprise “Danosha” (Kalushskyi  district) intends to build a station for the biogas production in the village Tustan Galichskyi district, Ivano-Frankivsk region till 2017.

It was said by the CEO Christian Jacobsen to the reporters. The plant capacity is 1 megawatt. It will use the raw materials of organic waste of animals and herbage.

The installation will provide electricity for about 2 thousand apartments. The company did not make a point on the cost of the project.

“NEFCO Investment Fund was involved in the construction. This means, that they will adhere to the highest standards”, – said the ambassador of Denmark in Ukraine, Georgia and Armenia, Christian Dons Christensen.

In turn, Jacobsen emphasized the positive impact of alternative renewable energy sources such as biogas plants on the environment.

In late November, the company has already received a license for the production of electrical energy in the given station.

“Danosha” is one of the leading vertically integrated producers of pig meat  in Ukraine.

It is a subsidiary company  of the  Axzon Group (Denmark).

The price of oil broke a long-standing record

WHO has announced another record with COVID-19

In the world last week, coronavirus was found in another 2.4 million people – a record high since the beginning of the pandemic. This was reported by the WHO on Tuesday, October 20. “The number of new COVID-19 cases continues to grow rapidly, while the number of new deaths remains relatively stable … As of […]

Moderna vaccine will be tested on teenagers

The mRNA-1273 vaccine from the American company Moderna will be tested on three thousand children in six US states. CNN reported this on Wednesday, December 2. “Moderna has started inviting children over the age of 12 to try the vaccine” the statement said. It is noted that the study will involve volunteers aged 12-18 from […]