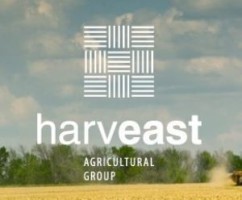 Recently, it became known that the degrouping of the HarvEast company from its assets took place in March in Crimea, –  says the press service of the company.

“The decision to sell the assets of the HarvEast on the peninsula was rendered in 2013 due to the fact that this area belongs to the high-risk zone of​​ farming because of it’s low rainfall region.

However, the deal was closed just now. In these latter days, it was practically impossible to manage effectively with the asset because of the current situation “, – said the General Director of the  HarvEast group, Dmitry Skornyakov.

It is noted,  that the company had about 20 thousand hectares of the land all over the Crimea. The main crops grown there were  wheat and sunflower. Initially, the share of the crop from the Crimean assets of the  HarvEast accounted for 10% of the total volume. The amount and other parameters of the deal were not disclosed.

The HarvEast Holding is the agricultural holding. The main directions of activity of the holding are crop (growing wheat, sunflower, barley, perennial grasses, corn) and dairy farming.

The HarvEast Holding formed on March 10, 2011 on the basis of the agricultural assets of  the Ilyich Iron and Steel Works, PJSC.

The HarvEast Holding shareholders are SCM Group and the Smart-Holding Group. In accordance with the signed agreements in the authorized capital of the agricultural holding HarvEast  – 75% owned by the SCM Group, 25% – by the  Smart-Holding.

At the pharmaceutical plant “Kusum Pharm” in Sumy by the end of 2019 the production will be doubled, which will allow to produce up to 50 new names of drugs. This will be possible thanks to the implementation of the import substitution program. This was told reporters co-founder and CEO Rajeev Gupta, during an official […]

The investment project of the company with US capital Cargill of about $ 90-100 million is blocked. Alexander Kramarenko, the chief editor of the “Money” magazine, told about this in his blog “By what Ukraine scares foreign investors”. “Delta Bank and Cargill”. Cargill is an agricultural business with a century and a half of history, […]