The court satisfied the third claim of Oschadbank against Creative 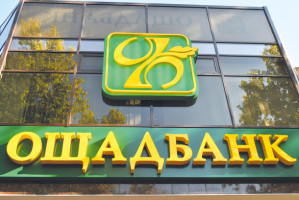 The court satisfied the third claim of  Oschadbank against the Creative company. It is reported by the press service of the Bank.

According to the report, on April 28, the Commercial Court of Kirovograd region satisfied the third claim of  Oschadbank against the Creative company and the Creative Agro company for solidarity overdue debt collection on the loan in the amount of $ 729 thousand and 3 million UAH, in total of 21 million UAH.

Oschadbank continued judicial fight with one of his unscrupulous borrowers the Creative Group. 9 claims of the state-owned bank to the  legal bodies and individuals for the debt collection of Creative are still in the courts of general jurisdiction, – said in a statement.

It will be recalled, that the first two cases of Oschadbank to the Creative company were satisfied with the decisions of the Commercial Court of Kirovograd region on March 28 and April 13, 2016.

The agro industrial Creative Group is an integrated company specializing in the processing of agricultural products, production of feed products for livestock and poultry, food and biofuel production. The company has 9 factories, crop farms and livestock complex.

In the Ukrainian market Creative Group is in the TOP-3 of the Ukrainian processors of sunflower seeds and it is the second largest exporter of sunflower oil. The company is one of the leaders in the production of fats and margarines (market share 25%) and №2 in soybean processing (with a market share of about 24% of installed capacity).

Shmygal announced an area for investment of 10 billion euros

The development of critical materials could attract billions of euros in investment in Ukraine, according to Prime Minister Denis Shmygal. He said this at a summit conference on the strategic partnership between Ukraine and the EU on critical raw materials and batteries. “Ukraine creates conditions for attracting investors. The current rules of access to subsoil […]

Naftogaz announced a return to the practice of manual management of state-owned enterprises after the Cabinet’s decision to dismiss the head of the NAC Andriy Kobolev and the company’s supervisory board. The board of Naftogaz announced this on Wednesday, April 28. The company claims that the government’s decision is a legal manipulation. “The dismissal of […]

Microsoft may buy Nuance for $ 16 billion

Microsoft Corp. is in talks to buy Nuance Communications Inc., a developer of a speech and text recognition solution, for about $ 16 billion, several U.S. media outlets reported, citing informed sources. According to them, negotiations are at an advanced stage, and the announcement of the agreement may be made in the coming days. Microsoft […]