Главная › News › TAS-Agro is going to increase its land bank up to 55 thous. Ha 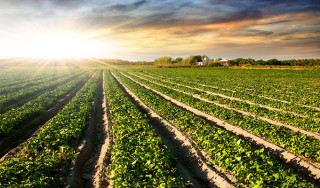 The TAS-Agro company  plans to increase its land bank from  95 to 150 thous. Ha. The company is interested in areas in the northern part of Ukraine. This was announced by the investment chief of the TAS Group company –  Anton Kernasovskyi, –  says  delo.ua.

According to him, he does not know exactly when and what company the group is going to buy.

“As the Chief of the  Investment Officer, I would like that to happen during 2016, however, it will depend on when we find a company that meets our conditions”, – he said.

It is noted that the company is interested in lands, which are located “in the north of the center of the country”.

Asked about increasing capacity for storage of grain, Anton Kernasovsky said that such  decision will be made after the expansion of the land bank.

It will be recalled, that in 2008 the Kinnevik Swedish company and the TAS group created the  small agricultural holding RoAgro with a land bank of 14 thousand  hectares, which in 2010 had already labored 25 thousand hectares of land. In  2011 the Swedish company went out of the RoAgro control and in the same year, the TAS  group got another agricultural project – the Tagron. In 2013, the assets were combined under the name of “TAS-Agro”.

The profile culture of the company are winter wheat, corn, sunflower, soybean. Storage capacity is 6 elevator farms with a total capacity of over 250 tons of simultaneous storage. The number of employees is 3,000 people.

The WHO has questioned the effectiveness of the vaccine COVID-19

Director of the Regional Office of the World Health Organization Hans Kluge expressed doubts about the effectiveness of vaccines COVID-19. He believes that it will not put the end to the pandemic coronavirus. This was reported by the Daily Star. I keep hearing, “The vaccine will end the pandemic.” No! We don’t even know if […]

Airbus will lay off 15,000 employees due to the quarantine

European airline Airbus will lay off 15,000 employees worldwide due to the restoration of the quarantine restrictions on the flights. This was stated by the Airbus Chief Operating Officer Michael Schollhorn. Prospects for the aviation industry deteriorated again due to the growing number of the coronavirus infections, he said. According to Schollhorn, the situation in […]

Ukrainian startup Petcube,  which successfully sells  gadgets for pets, has attracted an investment in amount of $ 2.6 million from such investors as Almaz Capital and AVentures Capital, which previously invested in the start-up $ 1.1 million.  Also, in the round participated legendary business incubator Y Combinator; Ukrainians got into the program of the Y […]